Virat Kohli posted a picture of him on a tree as he got a little nostalgic about the carefree days. 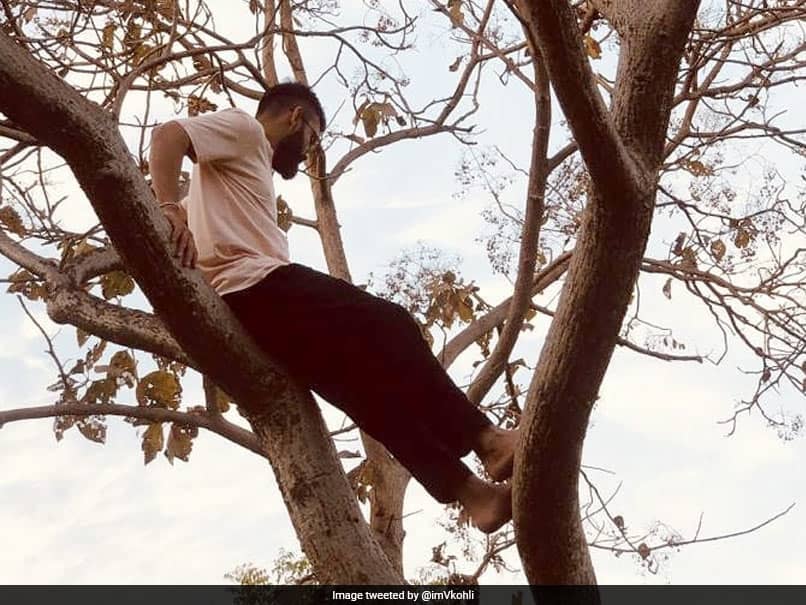 Virat Kohli will next be seen leading Royal Challengers Bangalore in the IPL 2020.© Twitter

Virat Kohli took to Twitter to recall the time when he could "climb up a tree and chill". The Team India captain is forced to stay inside of his home to prevent the spread of the coronavirus pandemic. "Throwback to when you could just climb up a tree and chill," Virat Kohli tweeted along with the picture, in which he can be seen sitting on a branch of a tree. The fans of the India skipper flooded his post with heart-warming comments.

Throwback to when you could just climb up a tree and chill pic.twitter.com/WsEh1Av19m

Kohli will next be seen leading Royal Challengers Bangalore in the 13th edition of the Indian Premier League (IPL), which is set to commence on September 19 in the UAE.

On Monday, the Emirates Cricket Board (ECB) confirmed that it had received the official 'Letter of Intent' from the Board of Control for Cricket in India (BCCI) to host the IPL 2020.

The 31-year-old batsman has scored 5,412 runs in 177 IPL matches at an average of 37.84. He is the top run-scorer in the cash-rich league and has five centuries and thirty-six half-centuries to his name. However, he has never won an IPL title so far.

In a recent chat with teammate Mayank Agarwal, Kohli credited his wife Anushka Sharma for changing him as a person.

"I give Anushka full credit for making me see a different side of things altogether. I'm so grateful that Anushka is my life partner as she made me realise a lot of things that are to do with the larger picture. My responsibility as a player, my responsibility with who I am today, what that brings along with it. Setting an example for people in the right manner. All these things have come from Anushka," he said.

"If I hadn't met Anushka I might not have changed as I was not an open person and was very rigid and she's made me change as a person for good," Kohli added.