Virat Kohli, ahead of meeting BCCI president Sourav Ganguly, said the former India captain has played a lot of the sport and he knows what the requirements of Indian cricket are. 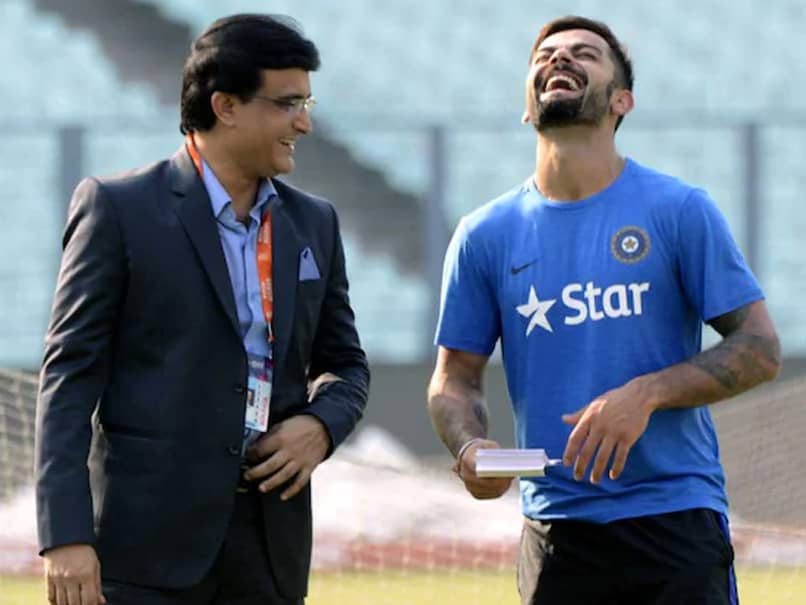 Sourav Ganguly had said that he will support Virat Kohli in every possible way.© AFP

Virat Kohli, Team India captain, met newly elected BCCI president Sourav Ganguly on Thursday. Ahead of the meeting Virat Kohli said at an event in Mumbai that Sourav Ganguly has played a lot of cricket and he knows the requirements of the sport in India. "I am going to meet him now. I am looking forward to a good discussion. He is someone who has played a lot of cricket before, who knows the situation we are in, what the team needs, the requirements of Indian cricket," Virat Kohli said.

The India captain further added that he expects a healthy discussion with Sourav Ganguly.

"So you need a good, professional, high-level discussion. It will be a healthy discussion because I am playing currently and he has played before, there will be an understanding of these things. I have had good discussions in the past with him and I expect the same this time," Virat Kohli added.

On Wednesday, Sourav Ganguly, after taking charge of the BCCI, said that Virat Kohli is the most important person in Indian cricket.

"I will speak to him tomorrow. He is the most important man in Indian cricket as captain of India. I look it at that way. So we will have a word with him and as I said we will support him in every possible way, he wants to make this team the best in the world," Sourav Ganguly had said at the press conference on Wednesday.

Ganguly took over as the BCCI president on Wednesday. He became the first India cricketer after the Maharaja of Vizianagaram to become the president of BCCI.