Committee of Administrators (CoA) chief Vinod Rai explained how BCCI president Sourav Ganguly would have dealt with the matter if such a rift had happened today. 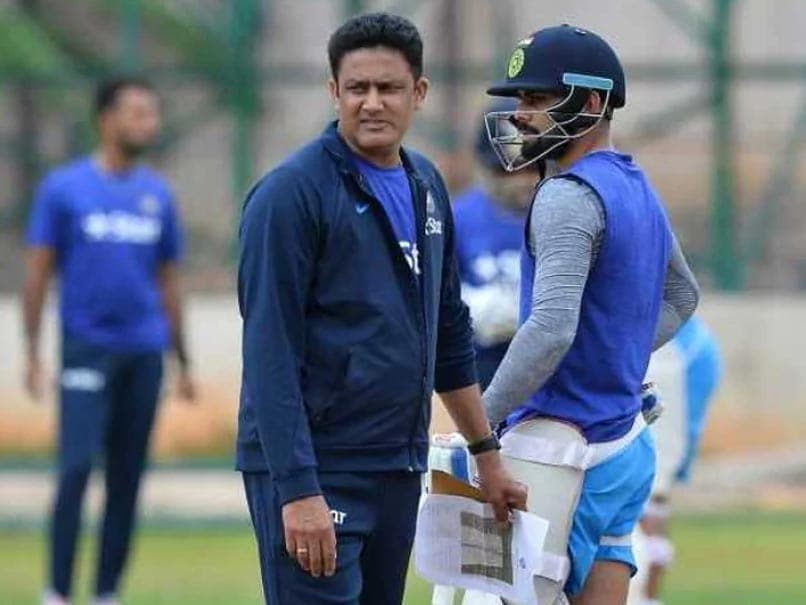 Anil Kumble quit over a rift with Virat Kohli in June 2017.© AFP

Virat Kohli led India to the number one position in the ICC Test rankings and unprecedented Test series triumph against Australia Down Under, besides many such victories across the formats. However, a rift with former India coach Anil Kumble makes some of the Indian fans unhappy with Virat Kohli. As Sourav Ganguly took charge of the Board of Control for Cricket in India (BCCI) on Wednesday, Committee of Administrators (CoA) chief Vinod Rai explained how new BCCI president Sourav Ganguly would have dealt with the matter if such a rift had happened today.

"There was so much controversy. Who could have handled it better? If this had happened today, Sourav would have thrust Kumble down Virat's throat. But it could have created more tensions. I respected Kumble because he walked out," Vinod Rai said in an interview to Hindustan Times.

Anil Kumble quit over a rift with Kohli in June 2017, saying his relationship with the skipper was "untenable". The BCCI has denied any division in the Indian camp.

Kumble was replaced by the current India coach Ravi Shastri, who was always the front-runner for the job due to warm relationship with Kohli.

When asked if the Supreme Court-appointed CoA had given a "free hand" to Kohli and Shastri, Rai replied: "If you don't give a free hand to coach and captain, who do you give it to? Since I was not equipped to sit in judgement over Kohli and Shastri, I didn't allow others (including Diana) to interfere. I kept them away. I would do the same again."

In December 2018, Diana Edulji had written to Vinod Rai, claiming that Kohli "frequently sent SMSs to the CEO on which you acted and there was a change in the coach".

Calling Kumble the "best coach available", Rai said he would have extended his contract if that was possible.

"If his contract had an extension clause, I would have extended it. I have too much respect and regard for Kumble. But since there was no extension clause and since I wasn't equipped to decide, we fell back on CAC. We inherited the CAC, not created it," he said.

Rai revealed that he had a long chat with then CAC members Sachin Tendulkar and Sourav Ganguly on the Kohli-Kumble fiasco. However, even they couldn't persuade Kohli on the subject, said the 71-year-old Rai.

"Sourav told me recently that they had a long chat with him. If they couldn't persuade him how could I? Look, if there is a difference in the dressing room between captain and coach, who is more dispensable? Obviously, the coach. That's where we got caught," Rai said.

The CoA was put in place to oversee the running of the BCCI and implement Lodha reforms but was often accused of going beyond its brief.

Virat Kohli Cricket Sourav Ganguly BCCI
Get the latest updates on IPL 2021, check out the IPL 2021 Schedule and Indian Premier League Live Score . Like us on Facebook or follow us on Twitter for more sports updates. You can also download the NDTV Cricket app for Android or iOS.