Former India captain Sourav Ganguly on Friday termed Virat Kohli as the right successor of the outgoing Indian captain MS Dhoni and said that he will be equally fantastic as an Indian skipper. 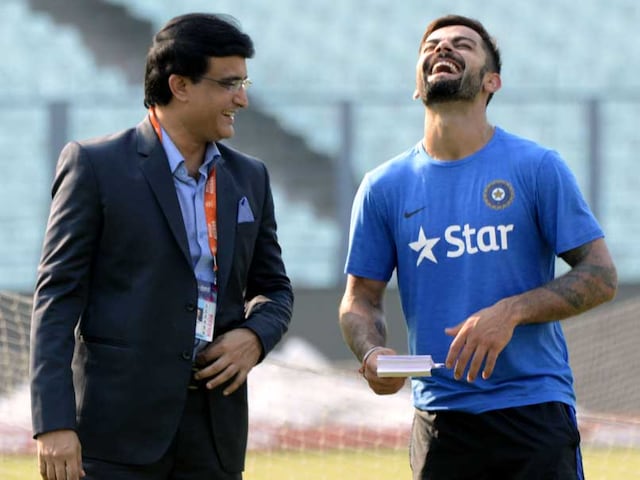 Former India captain Sourav Ganguly on Friday termed Virat Kohli as the right successor of the outgoing Indian captain MS Dhoni and said that he will be equally fantastic as an Indian skipper.

Terming Kohli as a natural choice to succeed Mahendra Singh Dhoni, Ganguly said: "He is the right successor (to Dhoni) in one-day Internationals and T20Is. He will be equally fantastic, there's no doubt about that."

Having led India in Tests format successfully, Kohli was on Friday appointed as limited overs skipper ahead of their three ODIs and three T20Is series against England beginning January 15.

Dhoni, who stepped down as the captain of the Indian limited overs team after more than nine years at the helm, will play as a wicketkeeper-batsman.

Veteran Yuvraj Singh also staged a comeback nine months after the World T20 last year, riding on his splendid form during the Ranji Trophy in which he scored 672 runs in five games before taking a break due to his marriage.

"It's a great thing he (Yuvraj) has been included in both the formats. I'm confident he will get some runs and succeed," Ganguly said. hailing the inclusion of Yuvraj in both ODI and T20I sides.

Comments
Topics mentioned in this article
India Cricket Team Virat Kohli MS Dhoni Sourav Ganguly Yuvraj Singh Cricket
Get the latest Cricket news, check out the India cricket schedule, Cricket live score . Like us on Facebook or follow us on Twitter for more sports updates. You can also download the NDTV Cricket app for Android or iOS.