"Preps In Full Swing": Virat Kohli And Others Sweat It Out In BCCI's New Video. Watch

As Team India prepares for the World Test Championship final, the team is going through its paces even as they are under quarantine in Mumbai. 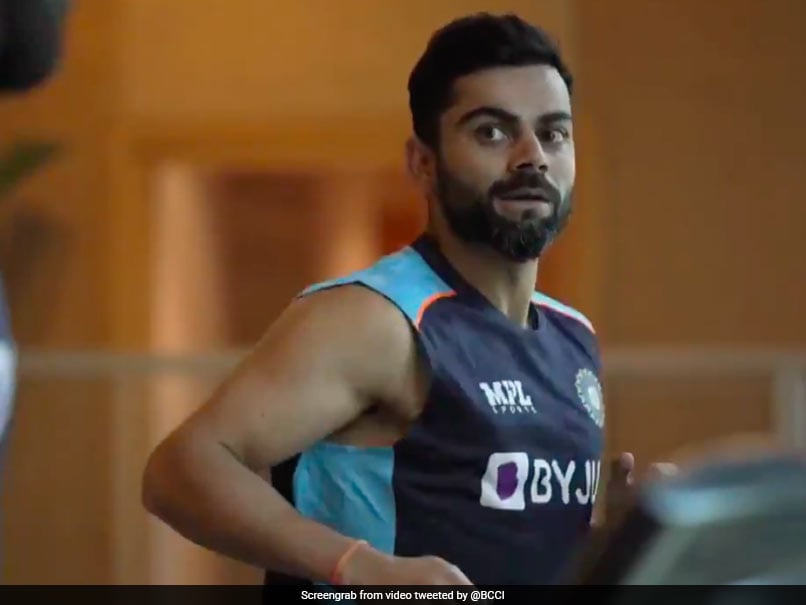 Indian cricket team captain Virat Kohli sweated it out in the gym ahead of the England tour.© Twitter/BCCI

The Indian cricket team was seen sweating it out in the gym in a video shared by the Board of Control for Cricket in India (BCCI) on their official Twitter handle. Captain Virat Kohli, all-rounder Ravindra Jadeja, pacer Jasprit Bumrah, wicketkeeper Rishabh Pant, batsmen Ajinkya Rahane, Cheteshwar Pujara and Mayank Agarwal went through their paces ahead of a long England tour starting with the World Test Championship (WTC) final against New Zealand from June 18. The video was captioned, "Preps in full swing as #TeamIndia sweat it out in the gym ahead of the ICC World Test Championship Final."

Strength and conditioning coach Soham Desai also featured in the video. He said that the players benefitted from the gap and received necessary rest after a long year they had.

All players featuring in the video are part of the 20-member squad that was announced by the BCCI for the six Tests in England. Wicketkeeper Wriddhiman Saha and batsman KL Rahul are subject to fitness clearance.

The Ageas Bowl in Southampton will host the first-ever WTC Final.

Before that, New Zealand are scheduled to play a two-Test series against England starting from June 2 at Lord's.

The second Test will begin from June 10 at Edgbaston in Birmingham.

Following that will be a five-Test series between India and host England between August 4 to September 14.

Trent Bridge, Lord's. Headingley, The Oval and Old Trafford will be the venues for the Tests against England.

Ravindra Jadeja Mayank Agarwal Cricket
Get the latest updates on IPL 2021, check out the IPL 2021 Schedule and Indian Premier League Live Score . Like us on Facebook or follow us on Twitter for more sports updates. You can also download the NDTV Cricket app for Android or iOS.