Javed Miandad said that Virat Kohli has performed across the world and his numbers speak for themselves. 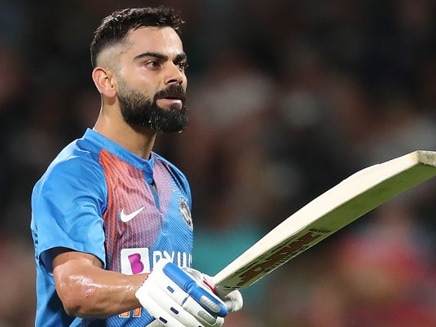 Virat Kohli has been going through a lean patch in recent times.© AFP

Virat Kohli, possibly the best batsman in the world on the basis of numbers, has found another noteworthy admirer in the form of Javed Miandad. According to the former Pakistan captain, Virat Kohli is a class batsman and that is why the number one ODI batsman in the world is Javed Miandad's favourite Indian cricketer. "I was asked who the best in the Indian cricket team is, so I choose Virat Kohli," Miandad said on his Youtube channel.

Miandad added that Kohli has performed across the world and his numbers speak for themselves.

"I don't have to say much, his performance itself tells a lot. People have to admit this as stats are visible," Miandad said.

"Virat performed really well in South Africa; even on an uneven wicket, he scored a hundred. You cannot say he is scared of fast-bowlers or he cannot play on bouncy pitches or he doesn't play spinners well."

"He is a clean hitter. Look at his shots, it feels so good to watch him bat. He has class," he added.

Kohli, however, has been going through a lean patch in recent times.

The 31-year-old could manage to score just 218 runs across formats in 11 outings when India toured New Zealand earlier this year.