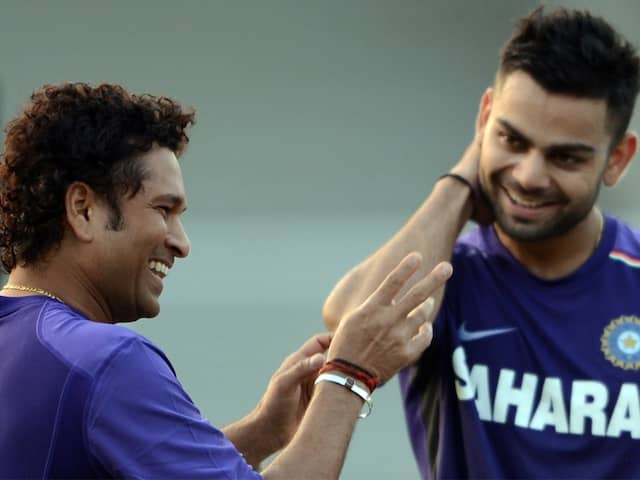 Umpire Ian Gould has praised Virat Kohli's fitness levels, saying that the Indian skipper can easily resemble a male model. Gould also said that Kohli has a great cricketing brain and he can talk about the sport for hours. "He's a funny man. Yeah, he batted like me a couple of times. I had to tell him off for slogging it. He's a charmer. He's one of those guys who's got, a bit like Sachin Tendulkar, the whole of India on his back, but you wouldn't know," ESPNCricinfo quoted Gould as saying.

"You could walk into a restaurant and sit and chat with him for hours. He's a very worldly boy. When you look at Virat, you're thinking male model, pin-up boy, but he knows about the game inside out, the past, history. Lovely guy," he added.

Kohli has had some altercations on the cricketing field whenever he has not been happy with the decision given by the on-field umpire.

Gould, however, added that over the years, Kohli has learned to be respectful.

"I can see why. But he's learned to be respectful. He could have continued his career like that and people could be talking totally the opposite about Virat. He's a nice man and the India boys are very, very good people, very respectful," Gould said.

Gould had retired from the ICC's panel of elite umpires in 2019, after standing in more than 250 international matches over a 13-year career.

Over the years, comparisons between Kohli and Sachin Tendulkar have been growing and many have picked the current Indian skipper to break the records set by Tendulkar.

Tendulkar called time on his career after registering 100 international centuries, while Kohli has 70 centuries across all formats.

Currently, Kohli is ranked at the top spot in the ICC ODI rankings while he is in second place in the Tests rankings.