Sourav Ganguly was optimistic about Virat Kohli's leadership and backed him to reverse the trend of losing in the knock-out games in ICC events. 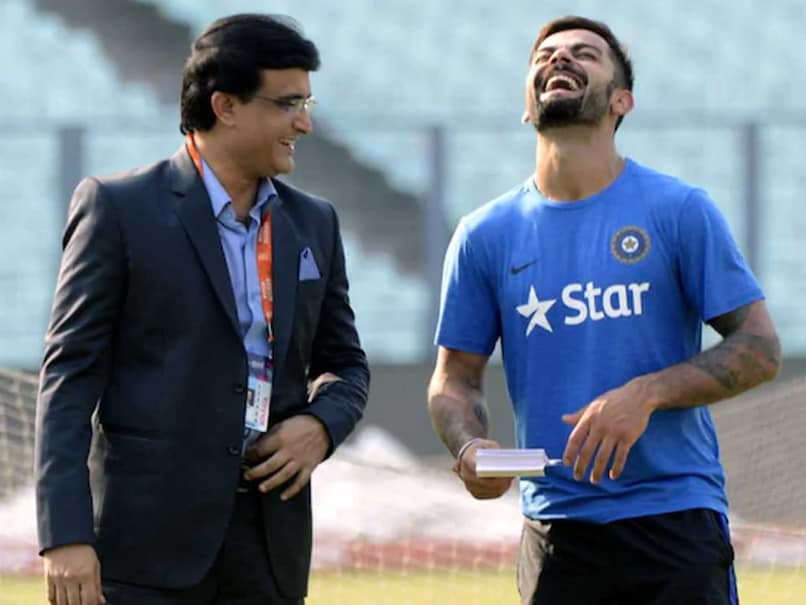 The BCCI, body which governs the cricket affairs in the country, is all set to get a new president on October 23. Former India skipper Sourav Ganguly, who is all set to start a new inningsat the administrative level, wants Virat Kohli to start a new phase under his leadership. While praising the Team India's performance, the former Indian skipper didn't shy away from pointing out that the Indian team hasn't won a single ICC event since 2013. Speaking to the reporters, Ganguly said that the team always "plays well in big tournaments" but now their focus should be more on winning multi-nation events organised by International Cricket Council (ICC). Despite highlighting team's breakdown in knock-out stages, Ganguly was optimistic about Kohli's leadership and backed him to reverse the trend of losing in the semifinals and the final in ICC events.

"India are a good team. I know they have not won a big tournament. But they play well in big tournaments except the semifinals and the final. Hopefully, Virat can change it around. He is a champion player," Ganguly told reporters in Kolkata on Tuesday.

India's last major triumph at the global stage came in 2013 when MS Dhoniled a young Indian side to a title victory in ICC Champions trophy in England.

Before that India had won the 50-over World playing in front of their home crowd -- that too under Dhoni's leadership.

Under Kohli, the Indian team has managed to play an attractive style of cricket and has even tasted success playing overseas. India's first-ever Test series win Down Under is testimony to their improved performance.

However, the players have succumbed to the pressure in knock-out stages of big ICC events. Under Kohli, India have been knocked out thrice -- at home in World T20 (2016), ICC Champions Trophy (2017) and 50-over World Cup (2019) in United Kingdom -- from the multi-nation events.

India had exited the 2016 World T20 after losing to the West Indies in the semifinal, while their finished runners-up to arch-rivals Pakistan in 2017 Champions Trophy. Earlier this year, India's journey in 2019 World Cup came to an end after they lost to New Zealand in the semifinal.

India Cricket Team BCCI International Cricket Council Cricket
Get the latest updates on IPL 2021, check out the IPL 2021 Schedule and Indian Premier League Live Score . Like us on Facebook or follow us on Twitter for more sports updates. You can also download the NDTV Cricket app for Android or iOS.