Virat Kohli Entitled To His Opinion But CAC Will Decide Next India Coach, Says Shantha Rangaswamy

Virat Kohli expressing his preference when the selection process is on has been questioned by some fans and critics. 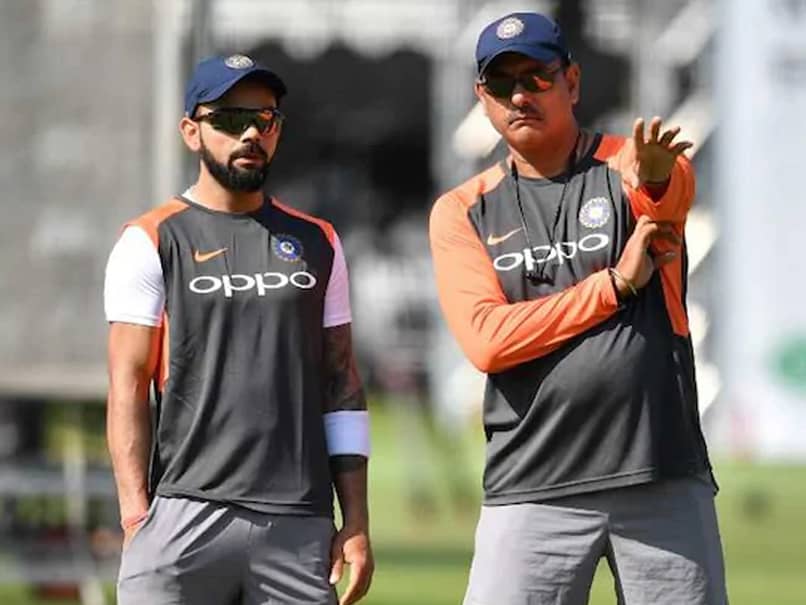 With Virat Kohli's public backing, Ravi Shastri has emerged as the favourite for the job.© AFP

Virat Kohli grabbed everyone's attention with his comments on current India coach Ravi Shastri at a time when the Board of Control for Cricket in India (BCCI) is on a lookout for a new head coach. While addressing the media before team's departure for the West Indies, Virat Kohli said the team would be happy if Ravi Shastri is retained as head coach. Shantha Rangaswamy, who is a part of the three-member Cricket Advisory Committee (CAC), said Virat Kohli is entitled to his opinion but the next India head coach will be picked only by the committee.

"Virat is the captain and he is entitled to his opinion but it will be the collective opinion of the three of us (CAC) which will determine who the the next head coach is," former India women's captain Rangaswamy told PTI.

"I read some media reports and I endorse Anshuman's view on the matter. We need to look at all aspects -- his experience, the ability to bring the team together and how a good a strategist one is," she said.

Gaekwad told PTI that the CAC is neutral and goes into the process with an open mind.

"The totality of that will be considered and individuals don't matter, it is the collective opinion which will weigh in determining who the head coach is," she added.

With Kohli's public backing, Shastri has emerged as the favourite for the job. The others who are in the race are Australian Tom Moody and former India internationals Lalchand Rajput and Robin Singh. The application deadline ended on Tuesday and the CAC is expected to conduct interviews of the shortlisted candidates mid August.

While Kohli expressing his preference when the selection process is on has been questioned by some, a few others including Sourav Ganguly feel that the Indian captain has every right to voice his opinion.

Virat Kohli Ravi Shastri Cricket
Get the latest updates on IPL 2020, check out the IPL Schedule for 2020 and Indian Premier League (IPL) Cricket live score . Like us on Facebook or follow us on Twitter for more sports updates. You can also download the NDTV Cricket app for Android or iOS.