Virat Kohli had said during the press conference before the team's departure for the West Indies that he and the team would be happy if Ravi Shastri is retained as head coach. 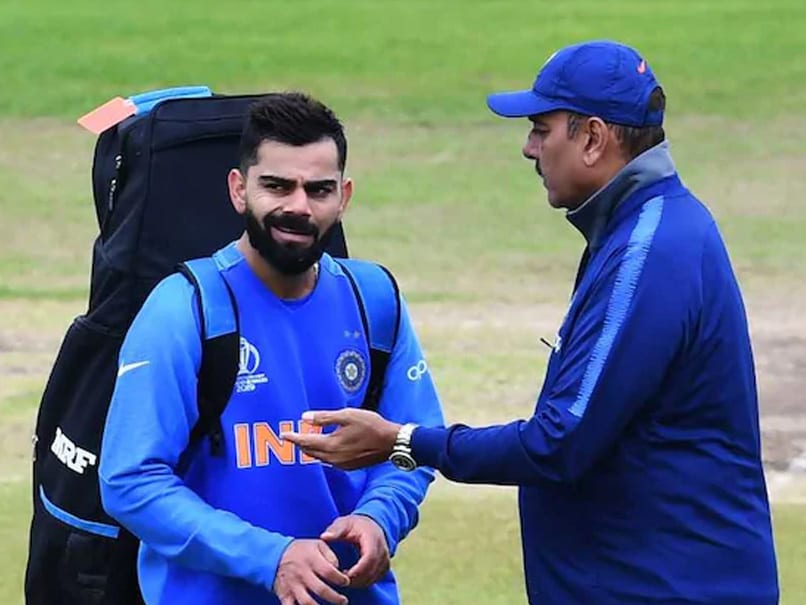 Ravi Shastri has been given a 45-day extension after the World Cup 2019.© AFP

Virat Kohli, while addressing the media before India's departure for the month-long West Indies tour, had said his team would be happy if Ravi Shastri continued as head coach. The Indian captain's statement came at a time when the Board of Control for Cricket in India (BCCI) is searching for a new head coach, along with the other support staff. With current coach Ravi Shastri being an automatic entry in the application process, Virat Kohli's opinion didn't go down well among many fans and critics. However, a member of Supreme Court-appointed Committee of Administrators (CoA) came in support of Virat Kohli, saying "this is his opinion" and he cannot be stopped from making his views public.

"This is his opinion and he has expressed it and this is a democratic country so we cannot stop someone from saying something. Why should every word of every individual matter? He may be captain of the team, but there is the CAC and it is for them to take a call on this (appointing coach)," a member of the CoA told IANS.

"There are millions of people living in this country and you cannot stop people from making their opinions known. It will be needed to be seen how the CAC interprets the statement from Kohli. Everyone has a way of doing things," the member said.

Interestingly, when it comes to the other members in the Indian team, they aren't allowed to speak to the media without taking prior permission. The same also applies for the employees of the BCCI who need to take permission before answering queries posted to them.

Former India skipper Sunil Gavaskar had recently spoken about how the national selectors needed to put their foot down more often.

"That they selected the team for West Indies without first having a meeting to select the captain brings up the question of whether Kohli is the captain of the team at his or the selection committee's pleasure. Speaking of lame ducks, the Indian selection committee appears to be one. After the reappointment, he (captain) gets invited to the meeting for his views on selecting the players for the team.

"By bypassing the procedure, the message that goes out is that while the players like Kedar Jadhav, Dinesh Karthik get dropped after below expectation performance, the captain continues despite much below par expectations where the team did not even reach the finals," Gavaskar said.

Before that, former India skipper Sourav Ganguly had also questioned certain selection decisions and asked the selectors to not try and please individuals.

"Time has come for indian selectors to pick same players in all formats of the game for rhythm and confidence.. too few are playing in all formats ..great teams had consistent players ..it's not about making all happy but picking the best for the country and be consistent..@bcci (sic.)," Ganguly had tweeted.

Speaking during the pre-departure press conference, Kohli had spoken about the relation the team shares with Shastri and how it would be nice to have him continue.

"Well, the CAC has not contacted me on this. But all of us share a great camaraderie with Ravi bhai and would definitely be very happy (to have him around). But as I had said, it's on the CAC to decide (how to go about it)," Kohli had said.

Virat Kohli Ravi Shastri Cricket West Indies vs India 2019
Get the latest updates on ICC T20 Worldcup 2022 and CWG 2022 check out the Schedule, Live Score and Medals Tally. Like us on Facebook or follow us on Twitter for more sports updates. You can also download the NDTV Cricket app for Android or iOS.