"I think Virat Kohli's unbeaten run as captain is going to extend. He has a good chance of equalling Clive Lloyd's record," Sunil Gavaskar told NDTV 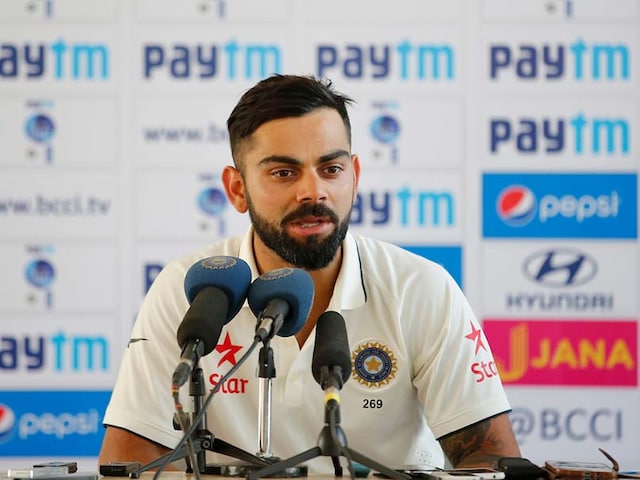 Heaping praise on Team India captain Virat Kohli for his and his side's performance in the one-off Test against Bangladesh in Hyderabad, cricket great Sunil Gavaskar told NDTV on Monday that the team is likely to extend the ongoing unbeaten streak of 19 Test matches. Former India captain Gavaskar said that Kohli could equal the record of Clive Lloyd, who was in charge of the West Indies during their unbeaten run of 27 Tests. India defeated Bangladesh by 208 runs in the Hyderabad Test on Monday.

"I think Virat Kohli's unbeaten run as captain is going to extend. He has a good chance of equalling Clive Lloyd's record," Gavaskar said.

The Lloyd-led West Indies side had set the record in the early 80s, from 1982 to 1984, with Lloyd being in charge of 26 of the 27 games, with Viv Richards standing in as captain for one game.

"Bangladesh have done themselves no harm with the way they played. They played some ordinary shots in the second innings, including one from their captain," Gavaskar added.

Speaking about the upcoming four-match Test series against Australia, Gavaskar said, "Australia series won't be a cakewalk for India. The Aussies won't lie down without a fight."

Comments
Topics mentioned in this article
Cricket India Cricket Team Bangladesh Cricket Team Virat Kohli Sunil Manohar Gavaskar
Get the latest Cricket news, check out the India cricket schedule, Cricket live score . Like us on Facebook or follow us on Twitter for more sports updates. You can also download the NDTV Cricket app for Android or iOS.