Virat Kohli is out of action for a while due to a neck injury but the fitness-freak hasn't given up on his workout regime. 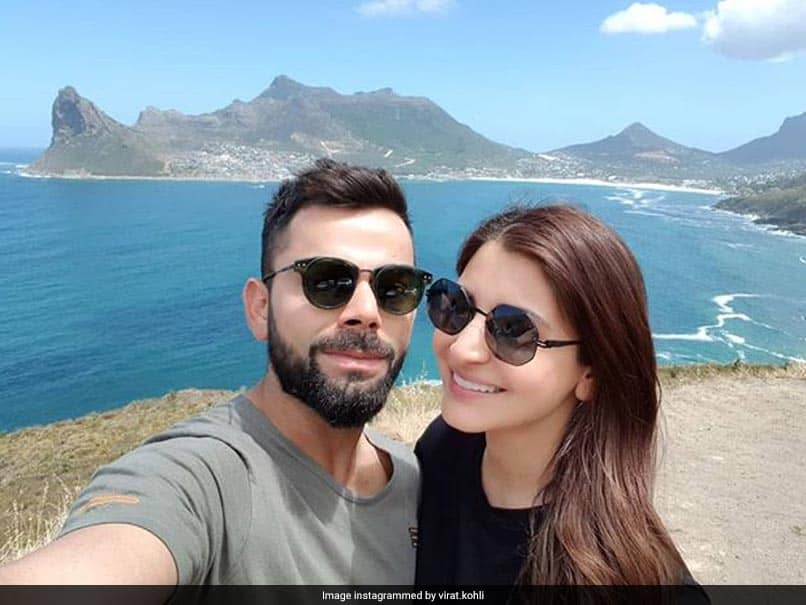 The nation's favourite couple has been setting couple goals time and again.© Instagram

India skipper Virat Kohli is a worldwide fitness-icon but his better half, Bollywood actress Anushka Sharma is not far behind. The nation's favourite couple has been setting couple goals time and again since they tied the knot in December last year. On Wednesday, the 29-year-old cricketer posted a video of them working out together on his Instagram feed and wrote, "training together makes it even better! ??????" Kohli introduced his wife as the 'boss' in the video as Anuksha continued doing her cardio exercises in the background. The cricketer also claimed that his wife can do more cardio than him.

Training together makes it even better! ♥️♥️♥️ @anushkasharma

Kohli's wax statue was unveiled at the Madame Tussauds museum in New Delhi on Wednesday. Kohli joined David Beckham, Lionel Messi, Kapil Dev and Usain Bolt, whose statues are already in the museum. "I sincerely appreciate the efforts and incredible work undergone in making my figure. Thanks to Madame Tussauds for choosing me for this lifetime experience. I am grateful to my fans for their love and support," Virat Kohli said in a statement issued by Madame Tussauds.

Kohli, one of the highest paid athletes in the world, was scheduled to travel to England for his first County stint with Surrey in June had to cancel his tour because of a neck injury. "Kohli, who was scheduled to play for Surrey CCC in the month of June, has been ruled out from participating. This decision was taken following assessments by the BCCI Medical team, subsequent scans, and a specialist visit," the press release said.

Kohli was last in action in the Indian Premier League (IPL) 2018 where the flamboyant batsman led Royal Challengers Bangalore in the cash-rich league. RCB failed to make a place in the playoffs but Kohli had a good run in the league as he accumulated 530 runs in 14 matches.

India will now play a one-off Test match against Afghanistan but Kohli won't be a part of it. The Indian team will then travel to Ireland for two T20Is before their tour of England where they will play three T20Is, three ODIs and five Tests.