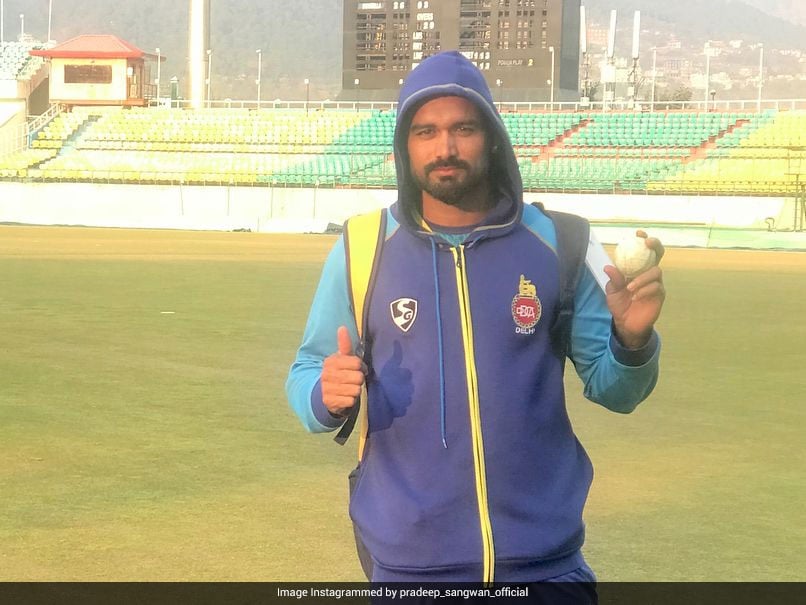 Pradeep Sangwan was named captain of the Delhi side for Vijay Hazare Trophy.© Instagram

DDCA also said that the team will leave for Jaipur on February 13. The Vijay Hazare Trophy will kick off from February 20 and the teams are required to assemble in their host cities a week before the tournament begins.

The sides will then undergo COVID-19 testing procedures and quarantine in accordance with the state regulatory authorities and the Board of Control for Cricket in India's (BCCI) standard operating procedure (SOP).

The tournament will be held across six venues in Surat, Indore, Bangalore, Jaipur, Kolkata, and Tamil Nadu.

Teams have been divided into five Elite groups and one Plate group. Team Saurashtra is in Elite Group E and shall play matches at Kolkata.

"The Board of Control for Cricket in India (BCCI) will start the Vijay Hazare Trophy from February 20th 2021 onwards. The teams are required to assemble in their respective host cities on February 13 and will be needed to undergo COVID-19 testing procedures and quarantine in accordance with the state regulatory authorities and the BCCI Standard Operating Procedures (SOPs)," BCCI Secretary Jay Shah had said in his letter to all affiliated units of the body.

The quarter-finals will be played on March 8 and 9, while the semi-finals will take place on March 11. The final match of the Vijay Hazare Trophy is scheduled for March 14.

Unmukt Chand Cricket
Get the latest updates on ICC T20 Worldcup 2022 and CWG 2022 check out the Schedule, Live Score and Medals Tally. Like us on Facebook or follow us on Twitter for more sports updates. You can also download the NDTV Cricket app for Android or iOS.