Unmukt Chand To Play For Silicon Valley Strikers In USA

Unmukt Chand, who captained India to the Under-19 World Cup trophy in 2012, on Friday revealed that he is bidding farewell to Indian cricket and moving on to "the next innings". 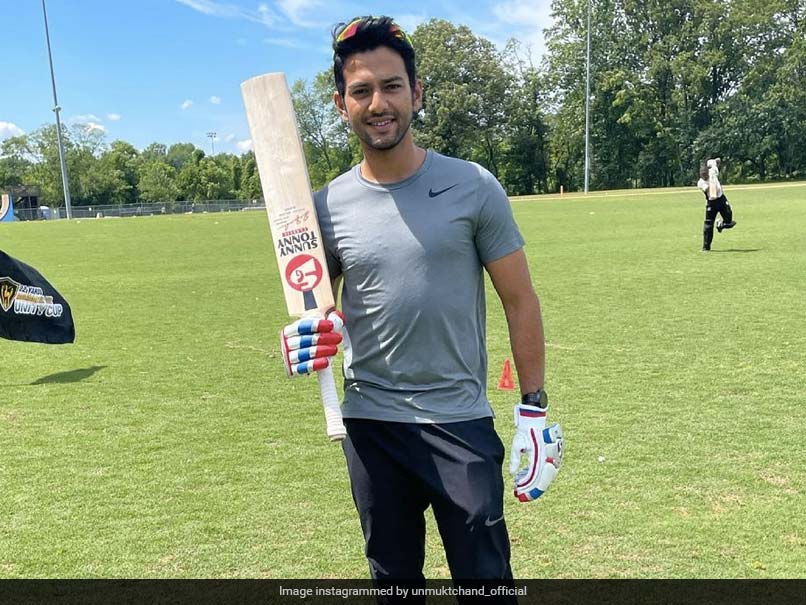 Unmukt Chand has signed for the Silicon Valley Strikers side in the USA.© Instagram

Unmukt Chand, India's 2012 Under-19 World Cup-winning captain, has signed for the Silicon Valley Strikers side for the 2021 season Minor League Cricket (MLC) in the United States. Unmukt, who left Indian cricket at the age of 28 on Friday, has featured in the Indian Premier League (IPL) and scored more than 4,500 runs in List A cricket. Unmukt will make his debut for the Strikers against the Socal Lashings this Saturday at Morgan Hill Outdoor Sports Complex in Morgan Hill, CA in a Minor League Cricket Championship.

The 28-year-old cricketer has relocated to the San Francisco Bay Area and signed a multi-year agreement with Major League Cricket to support the development of the game in the United States by playing with and mentoring the next generation of American cricketers.

"I'm delighted to take the next step in my cricket career by being part of the long-term growth of American cricket and the launch of Major League Cricket," Unmukt said in a statement.

"I'm excited to have the opportunity to play for the Strikers in Minor League Cricket starting this weekend and help grow the sport locally in the Bay Area, where I have already seen impressive passion for the game of cricket," he added.

The Strikers versus Lashings game this Saturday morning, starting at 10 AM PST, will be part of a special "Cricket for the Community Day" at Morgan Hill and is free for all fans to attend.

The community day of cricket will feature a doubleheader of Minor League Cricket games along with the opportunity for fans to meet and greet with international star cricketers, enjoy food from local food trucks, music and other entertainment.

The Minor League Cricket Championship is a national Twenty20 cricket competition for 27 city-based teams from across the United States, launched this summer.

Unmukt Chand Cricket
Get the latest updates on IND vs NZ 2021, check out the Schedule and Live Score . Like us on Facebook or follow us on Twitter for more sports updates. You can also download the NDTV Cricket app for Android or iOS.