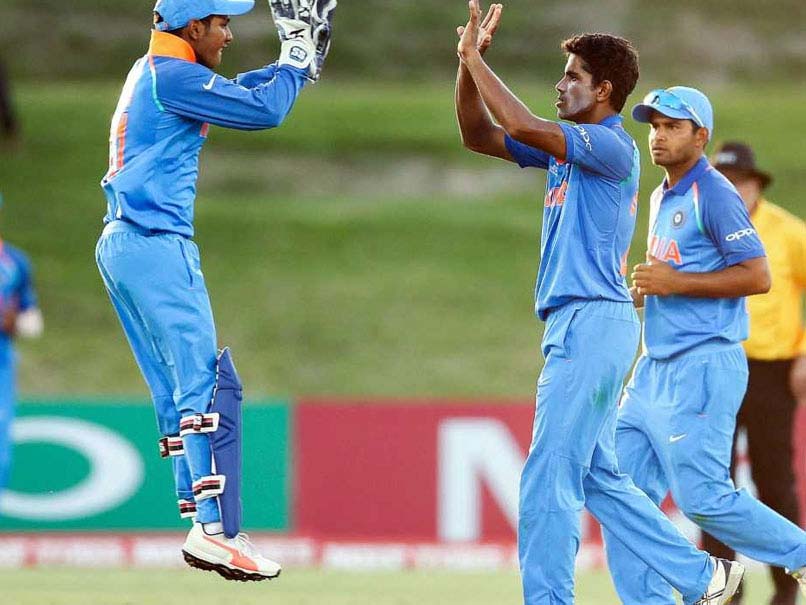 Anukul Roy and captain Prithvi Shaw on Tuesday helped India beat Papua New Guinea (PNG) by 10 wickets in their second Under-19 World Cup match at Bay Oval, Mount Maunganui. With their second consecutive win, India also entered the quarterfinals of the tournament.  Electing to field, India bowled out PNG for a lowly 64 in just 21.5 overs. Left-arm spinner Anukul Roy was the pick of the bowlers who took 5/14 in 6.5 overs. In conditions that aided swing and bounce, India fast bowler Shivam Mavi picked up two wickets, while Kamlesh Nagarkoti and Arshdeep Singh snapped one wicket each. In reply, India chased down the total in just eight overs of their innings with Shawagain leading the batting unit with his fabulous 57 not-out off just 39 balls. His partner Manjot Kalra remained unbeaten on 9.

From 61-4 to 64 all out. Even though the opposition is PNG, really like the ruthlessness of this side. #U19CWC #INDvPNG

Congratulations to the lads on a clinical performance and a comprehensive victory. May the good run continue . #INDvPNG

This is also the first time India have won by 10 wickets in a U19 World Cup game. #U19CWC #INDvPNG https://t.co/VCgwRac0a5

Earlier, the India U-19 skipper led from the front with a 94-run knock as India crushed Australia by 100 runs in their tournament opener. Shaw stitched together a 180-run stand with fellow opener Manjot Kalra (86) to power India to a challenging 328 for seven. Electing to bat, India rode on half-centuries from Shaw, Kalra and Shubman Gill.

Indian pacers Shivam Mavi and Kamlesh Nagarkoti then picked up three wickets each as the Australians were dismissed for 228 in 42.5 overs. The Indian pace trio of Mavi, Nagarkot and Ishan Porel clocked over 145 km per hour during their spells.

India will take on Zimbabwe next on January 19

Comments
Topics mentioned in this article
ICC Under-19 World Cup Prithvi Shaw Cricket
Get the latest updates on ICC T20 Worldcup 2022, check out the Schedule and Live Score. Like us on Facebook or follow us on Twitter for more sports updates. You can also download the NDTV Cricket app for Android or iOS.