Umar Akmal To Not Appeal Against Corruption Charges

The Pakistan Cricket Board has referred Umar Akmal's case to its disciplinary panel after he decided not to appeal against the corruption charges. 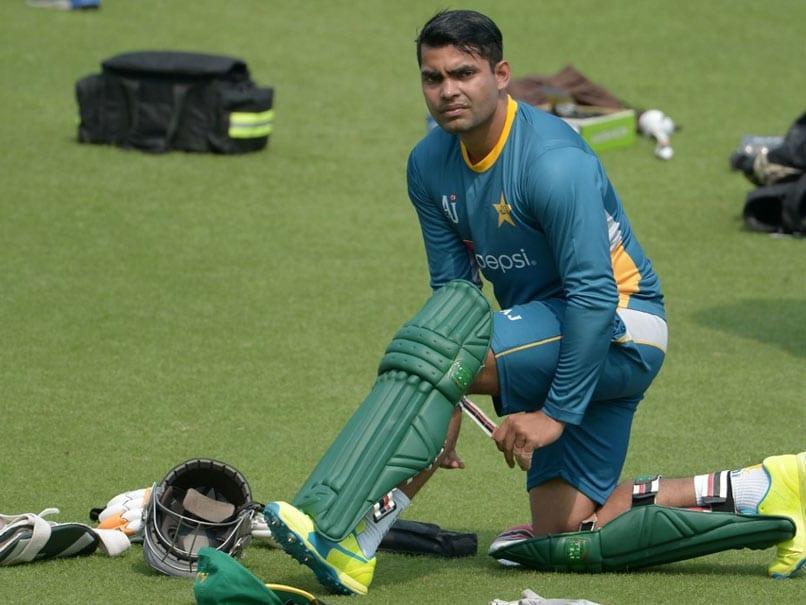 Umar Akmal has been accused of failing to report a spot-fixing approach in the Pakistan Super League.© AFP

Batsman Umar Akmal has decided not to appeal against the corruption charges levelled against him by the Pakistan Cricket Board, which has referred the matter to its disciplinary panel. It is alleged that Akmal failed to report a spot-fixing approach in the Pakistan Super League. The 29-year-old was provisionally suspended on February 20. After determining that Akmal has not requested for a hearing before the Anti-Corruption Tribunal, the PCB said it has decided to refer the case to its disciplinary committee headed by Justice (retired) Fazal Miran Chohan, a former Judge of Lahore High Court.

The PCB examined the contents of Akmal's reply to its show cause and found no written request for a hearing before the ACT.

It said, in accordance with the Article 4.8.1 of the Code, the Chairman of the Disciplinary Panel will now issue a public decision confirming the offences under the Code.

The PCB formally charged him with two breaches of its anti-corruption code for two unrelated incidents on March 20.

He was not allowed to play in the Pakistan Super League.

A source close to the cricketer said that he feels he has been framed.

"Umar has told his family members and even the PCB security officials when they interviewed him that he meets lots of people for business and social purposes and he can't be aware if someone has a shady background," a source close to him said.

"When he was questioned about meeting a particular person before the PSL and whether an offer was made to spot fix matches in the PSL, Umar denied his involvement in spot-fixing in any matches," he asserted.

Akmal had asked the PCB officers to show him any evidence they had of him accepting any spot-fixing offer.

"Umar believes that someone has tried to set him up and disgraced him. He believes someone didn't want him to play in the PSL," the source said.

The charges against Akmal come under Article 2.4.4, which deals with: "Failing to disclose to the PCB Vigilance and Security Department (without unnecessary delay) full details of any approaches or invitations received by the Participant to engage in Corrupt Conduct under this Anti-Corruption Code".

The PCB's decision to send the case to the disciplinary committee indicates that Akmal could escape with a short ban or fine.