PSL Semi-Finals, Final Could Be Held In November: Pakistan Cricket Board CEO

The Pakistan Super League was postponed hours before the semi-finals were scheduled to take place amid the coronavirus pandemic. 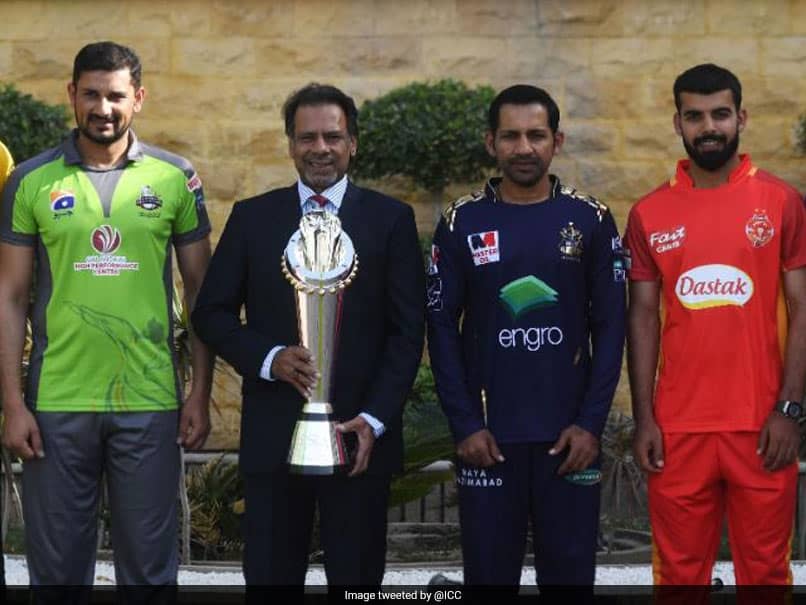 The Pakistan Super League was postponed indefinitely due to coronavirus.© Twitter

The Pakistan Cricket Board (PCB) has said that the remaining matches of the fifth edition of Pakistan Super League (PSL) can be held in November if the situation improves in the upcoming months amid the ongoing coronavirus pandemic. On March 17, PCB had postponed the knockouts of PSL after a foreign player was suspected to have coronavirus symptoms. Multan Sultans were scheduled to take on Peshawar Zalmi in the first PSL semi-final while Karachi Kings were to take on Lahore Qalandars in the other last-four clash at the Gaddafi Stadium in Lahore on March 17.

The PSL final was scheduled to take place on March 18 evening.

PCB CEO Wasim Khan on Sunday said the remaining matches may be held during the 10-day window available in November, reports The Dawn.

"But we have to first sit down and discuss the situation with all the franchise owners because there are also suggestions that Multan Sultans which topped the points table should be declared winners or to have these remaining matches before the PSL-6 early next year," he told the media in a teleconference.

He also said that the PCB might face some losses from the original PSL targets that it had set.

"The losses are in terms of the targets which were set keeping in view the smooth completion of the PSL show. But as the semi-finals and the final are yet to be played and two matches have been rained off, for which tickets will be refunded, we may face some losses," the PCB CEO said.

On March 19, the board had confirmed that it conducted 128 COVID-19 tests on the players, support staff, match officials, broadcasters and team owners of the PSL and all results had turned out to be negative.

So far, around 800 confirmed cases of coronavirus have been reported in Pakistan while six people have lost their lives.

Comments
Topics mentioned in this article
Pakistan Cricket Board Cricket
Get the latest updates on India vs Australia Series, check out the India vs Australia Schedule for 2020-21 and Ind vs Aus live score . Like us on Facebook or follow us on Twitter for more sports updates. You can also download the NDTV Cricket app for Android or iOS.