Umar Akmal was ignored for Pakistan's tour of England on disciplinary grounds but he has been on fire in the ongoing National T20 Championship, having blasted a hundred earlier this week 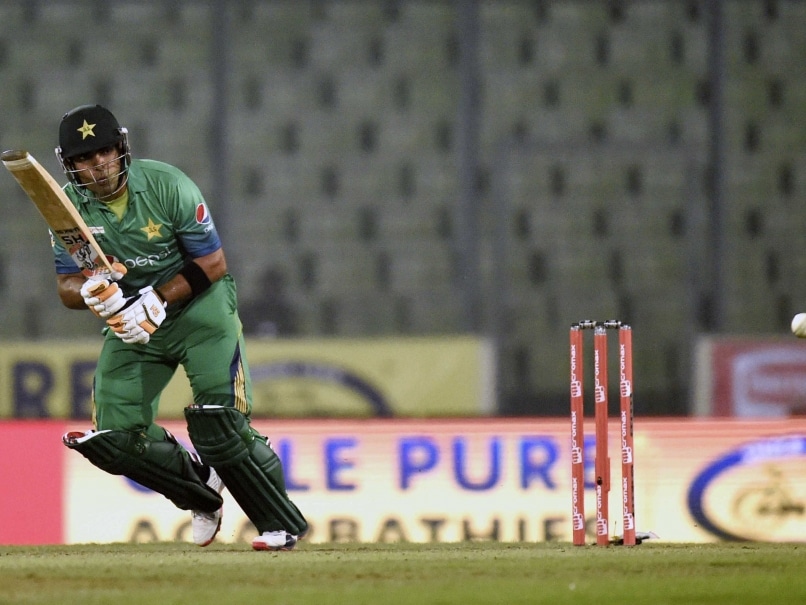 Pakistan on Friday recalled explosive middle-order batsman Umar Akmal for its forthcoming Twenty20 series against the West Indies, five months after axing him on disciplinary grounds.

The 26-year-old has taken on the mantle of Pakistan's enfant terrible and has been involved in a number of on and off-field disciplinary breaches, the latest being a scuffle with a traffic policeman in Lahore last year.

He was dropped after being heavily criticised in a post-mortem report written by head coach Waqar Younis in the aftermath of the World Twenty20 held in India in April this year, where Pakistan crashed out in the first round.

He was recalled after assuring the Pakistan Cricket Board he would mend his ways, and after a string of whirlwind knocks including a 48-ball 115 not out, an 81 and a 75 in the ongoing National Twenty20 event in Faisalabad.

But there were no recalls for opener Ahmed Shahzad, also dropped on disciplinary grounds who suffered a back problem in the tournament.

Another opener Mohammad Hafeez was also left out after he returned home mid-way through the one-day series in England with calf and knee injuries.

Also recalled are allrounder Saad Nasim and paceman Rumman Raees. Left-arm paceman Raees has been included in Pakistan's Twenty20 squads twice year but had to withdraw with injuries each time.

Wicket-keeper batsman Sarfraz Ahmed will lead the side, having made his captaincy debut for Pakistan in a nine-wicket win over England in Manchester on Wednesday.

Pakistan will also play three one-day internationals and as many Tests against the West Indies in UAE, for which squads will be announced later.

Comments
Topics mentioned in this article
Pakistan Cricket Team West Indies Cricket Team Umar Akmal Sarfraz Ahmed Cricket
Get the latest updates on ICC Women's Cricket World Cup 2022 and IPL 2022, check out the Schedule , Live Score and IPL Points Table. Like us on Facebook or follow us on Twitter for more sports updates. You can also download the NDTV Cricket app for Android or iOS.