Watch: Tim Paine's Embarrassing 'Brain Fade' Moment When He Walked Out To Bat

Tim Paine's gaffe had the commentators mystified and reminded everyone of Fawad Ahmed's 'brain fade' moment. 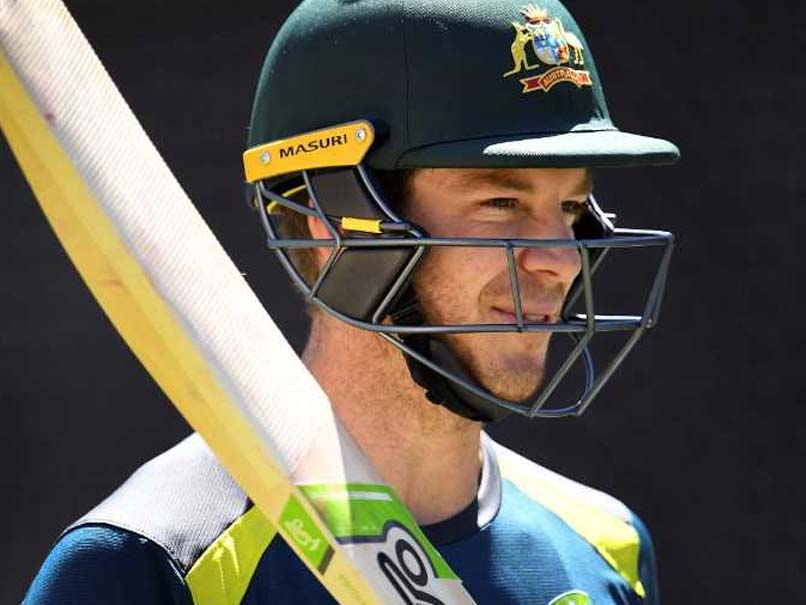 Tim Paine walked out to bat in a Sheffield Shield match without his right glove.© AFP

Tim Paine, Australia Test captain, suffered a 'brain fade' moment during a Sheffield Shield match when he walked out to bat with an important part of his gear missing -- a glove. In a video posted by Cricket Australia's official handle on Friday, Tim Paine is seen taking the field and shadow practicing before realising that his right glove is missing. The Australian skipper then starts walking back in the direction of the dressing room before someone throws him the batting glove.

The commentators were also left bewildered with one of them saying: "Haven't seen that one before".

Tim Paine didn't last too long as he was sent packing by Jack Edwards for six as Tasmania were bowled out for 255 in their first innings by New South Wales, who had posted 375 in the first innings.

While the one of the commentators said that he hadn't seen anything of the sorts take place before, he obviously forgot about the 'brain fade' antics of Fawad Ahmed in the same tournament.

In March 2017, Fawad Ahmed made the headlines, when he forgot his bat while walking out to bat in a Sheffield Shield match between Victoria and Western Australia.

The famous clip had earned him greater social media acclaim than his fizzing leg breaks.

Fawad Ahmed, however, had not had enough of monkeying around. While he seemed to have learned from that mistake, he soon conjured up a new one.

In October, Fawad Ahmed, who has played three ODIs and two Twenty20 Internationals for Australia, did remember to bring his bat this time, only to figure out midway that he was carrying the wrong set of gloves in a match against Queensland.

Australia Cricket Team Tim Paine Fawad Ahmed Cricket
Get the latest updates on Fifa Worldcup 2022 and check out  Fifa World Cup Schedule, Stats and Live Cricket Score. Like us on Facebook or follow us on Twitter for more sports updates. You can also download the NDTV Cricket app for Android or iOS.