The Most Inspiring World Cup Story This Month Isn't Football

The team's rise to the heights of the World Cup tells a moving story about how cricket can become a tool for unity and hope - a story that echoes a much longer history. 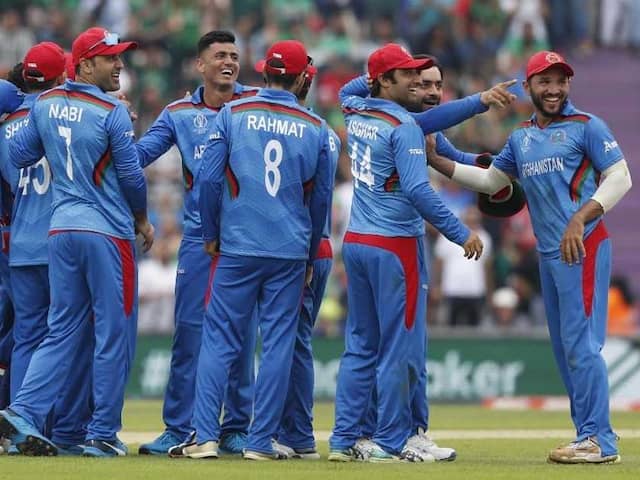 Under the Taliban, cricket was banned in Afghanistan along with most other sports.© AFP

The most inspiring World Cup story this month doesn't involve the players of the U.S. women's national team, despite their many triumphs. It doesn't involve a soccer team at all. And it doesn't even involve a team that is winning. The most genuinely feel-good sports story of the moment is the fearless play of the Afghanistan national team in the Cricket World Cup currently underway in England and Wales. Cricket may never have taken off in the United States, but thanks to the British strategy of using cricket as a tool to spread ideas about race, class and elitism, the sport has an estimated 2.5 billion followers throughout the world. Most of those fans live in former British colonies, where cricket became a focal point for resistance - anticolonial and otherwise. Today, many of those countries are cricket powerhouses.

But few of them can match the Afghan team's origin story or the progress it has made in about a decade of play. In only its second World Cup, Afghanistan has surprised the tournament's viewers by playing an exciting, if reckless, style of cricket that relies more on big swings than game-long strategy. After being trounced in five successive matches, the underdog team came within six balls - for those of you reading in the United States, that's a lot closer than it sounds - of defeating India, ranked second in the world, on Saturday. The match, and the international plaudits the team has received since, are the culmination of a hard-won fight.

Under the Taliban, cricket was banned in Afghanistan along with most other sports. The ban on cricket was lifted in 2000, a year before the U.S. invasion, which subsequently made it difficult for cricket, or any other sport, to take off nationally. Where the game really flourished was in the refugee camps across the border in Pakistan. People - mostly young boys and men, but also some girls - played cricket on the streets with makeshift equipment and no protective gear. The players that form the backbone of this current Afghanistan team came from refugee camps near Peshawar, Pakistan.

After beginning to play on a dusty field in Kabul, they began to impress in ICC World Cricket League Division matches in places such as Tanzania and Argentina. Soon, the team attracted a devoted following and won funding from people in Afghanistan, the British government and the Asian Cricket Council.

Today, cricket is the most popular sport in the country, and Afghanistan has cracked the world's top 10 (out of an admittedly small pool of 16 teams). The players are still largely unknown, even to cricket fans, and are unlikely to sell out stadiums, and the team has been besieged by reports of off-field distractions, including a dispute between the coach and selectors. But it's still quite a start for a country new to a long-established sport.

The team's rise to the heights of the World Cup tells a moving story about how cricket can become a tool for unity and hope - a story that echoes a much longer history.

As a governor of Bombay put it in the 19th century, cricket was supposed to bring Britain's "moral lessons to the masses." Yet, in former colonies, players managed to subvert it. In 1932 - more than a decade before independence - an Indian Test cricket team led by C.K. Nayudu even challenged England at Lord's, Britain's most hallowed cricket ground, breaking down barriers and stereotypes. In 1983, when India won the World Cup for the first time at the same ground, it was widely hailed as a victory against imperialism for evoking those very memories.

Cricket was arguably even more important to the anticolonial movement in the Caribbean. As the Trinidadian scholar C.L.R. James wrote in his path-breaking book, "Beyond a Boundary," West Indian players began to use their aggressive style of play - with powerful cuts that were entirely different from the timid strokes of the English - as a counterpoint to prevailing British attitudes, fostering a shared identity. As more players of color emerged, they directly challenged the region's colonial elite and became rallying points for those opposed to the British, culminating in the fiery moment when a West Indian team beat England for the first time on English soil in 1950.

The same passion - if not nearly the same style - has been palpable in the Afghan team over the past few weeks, particularly in its close game against India. The team's story is not a dramatic tale of victory against colonial usurpers. But it does show how, even today, sports such as cricket can be used to unite vulnerable populations - and how the irrepressible love for a game can surmount enormous obstacles.

Afghanistan won't be winning a World Cup any time soon. This time around, the team won't make it past the first round. But Afghanistan doesn't need to win to be an inspiration, both to players and policymakers. Its sheer joy at being able to play freely on an international stage is worth a thousand runs.

Afghanistan World Cup 2019 Cricket
Get the latest updates on IPL 2020, check out the IPL Schedule for 2020 and Indian Premier League (IPL) Cricket live score . Like us on Facebook or follow us on Twitter for more sports updates. You can also download the NDTV Cricket app for Android or iOS.