Billy Stanlake took 4 for 8 in his opening burst, the most economical spell by an Australian in T20 international cricket. 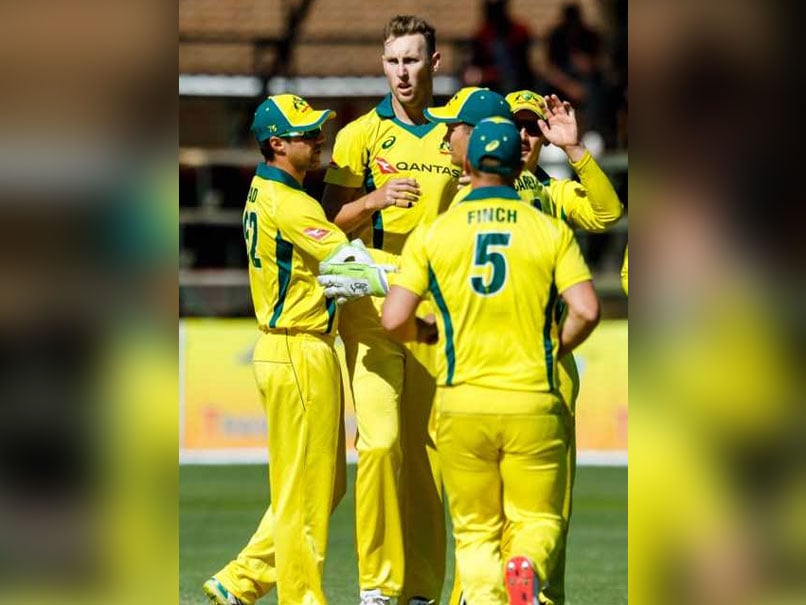 Australian fast bowler Billy Stanlake demolished Pakistan's top order with four quick wickets to set up a nine-wicket win on Monday in the second match of the Zimbabwe Twenty20 Tri-Series. Stanlake took 4 for 8 in his opening burst, the most economical spell by an Australian in T20 international cricket, and the second best ever behind James Faulkner's 5 for 27 the last time the two teams met. His efforts held Pakistan to 116 all out, a score Australia chased down with ease, with captain Aaron Finch registering an unbeaten 68 as they cantered home with more than nine overs to spare. Stanlake had opened the first inning with fearsome pace and bounce, and had Mohammad Hafeez fending the ball to Finch at first slip with his third delivery.

Finch was back in the action two overs later, running from first slip to gully to take a stunning catch to remove Hussain Talat.

A rising leg stump delivery had Fakhar Zaman caught by wicketkeeper Alex Carey, and when Sarfraz Ahmed presented a regulation chance to Finch at slip, Stanlake had his fourth and Pakistan were 24 for 4.

Shoaib Malik, who became the first male cricketer to play 100 T20Is in the match, briefly rallied alongside Asif Ali before a horrible mix-up led his run out for 13.

With Pakistan teetering at 47 for 5, Ali counter-attacked and launched a length delivery from medium pacer Marcus Stoinis clean out of the ground for six.

However Stoinis soon had his revenge, bowling Ali for 22 as Pakistan slipped to 61 for 6.

It was then left to Pakistan's lower order to guide the team beyond 100.

Faheem Ashraf managed 21 before he was bounced out by Jhye Richardson, while 19-year-old Shadab Khan cracked a four and a six to top score with 29.

But Khan fell trying to quicken the run rate in the final over, and Andrew Tye quickly wrapped up Pakistan's innings with two more wickets as the side were bowled out one ball short of the full 20 overs.

He countered Pakistan's spin threat with faultless attacking strokes, twice launching Mohammad Nawaz over long on and smashing legspinner Shadab Khan for three more sixes as the game ended in a flurry of runs.

Finch hit six sixes in all, and the game ended with a dropped catch at long on that went for four, summing up Pakistan's day.

Aaron Finch
Get the latest updates on IPL Auction 2023 and check out  IPL 2023 and Live Cricket Score. Like us on Facebook or follow us on Twitter for more sports updates. You can also download the NDTV Cricket app for Android or iOS.