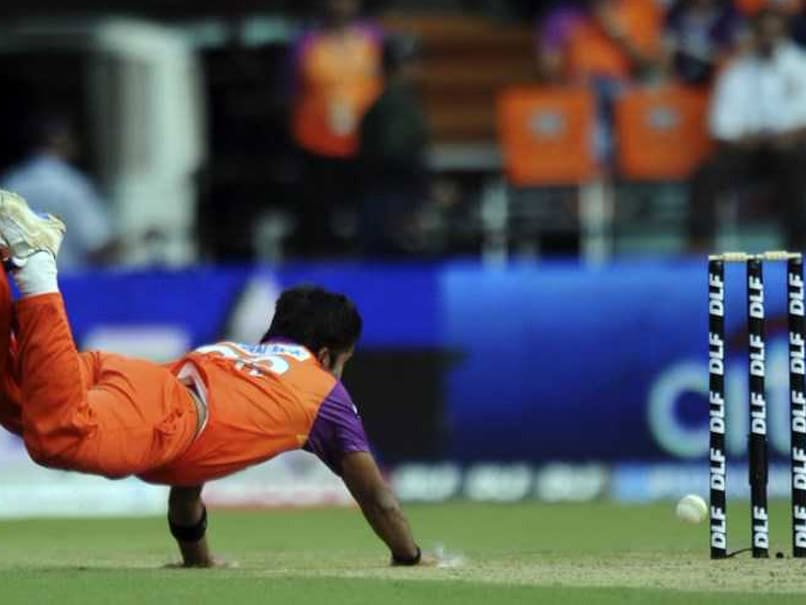 Karnataka captain Vinay Kumar made a spectacular effort in the field and produced a brilliant run-out in the Syed Mushtaq Ali Trophymatch against Punjab on Sunday. Vinay ran towards the non-striker's end from mid-off and flung himself onto the stumps with the ball still in his hands to run Gurkeerat Singh out. The effort made by Vinay is very similar to the way former South Africa player Jonty Rhodes ran Inzamam-Ul-Haq out in the 1992 World Cup in Brisbane. The Karnataka skipper, who has played 31 ODIs, 9 Twenty20 matches and one Test for India, impressed with his on-field performance, tweeted the video and captioned, "Hi coach @JontyRhodes8 after watching your 1992 World Cup runout video many times, I was waiting for such opportunity. So, today I finally got it. How's that coach."

Hi coach @JontyRhodes8 after watching your 1992 World Cup runout video many times, I was waiting for such opportunity. So, today I finally got it. How's that coach ? ?? pic.twitter.com/HOaUqNqprH

Jonty was quick to reply to Vinay and said,"Vinay I did not think u were old enough to be watching me at '92 World Cup!!"

Vinay I did not think u were old enough to be watching me at '92 World Cup!!

That's true. But thanks to YouTube ?? And a big thank you to you for being such an inspiration.

In 1992 World Cup match against Pakistan, Jonty was fielding at backward point in the 31st over of the innings when Inzamam tried to steal a single. Jonty ran towards the stumps at the striker's end and then flung himself towards them with the ball in his hand to run the Pakistan batsman out.

However, the effort went in vain as Vinay's run-out could not save Karnataka from a loss in a thrilling super-over contest. Senior India cricketers Yuvraj Singh and Harbhajan Singh brought their experience in play as star-studded Punjab defeated Karnataka via eliminator. With the scores tied while chasing 159, Punjab scored 15 runs in the one-over eliminator with Yuvraj hitting a boundary and Mandeep Singh smacking K Gowtham for a six. In reply, Karnataka managed just 11 runs with Siddarth Kaul keeping his cool while bowling the super over for Punjab.

Comments
Topics mentioned in this article
India Cricket Team Vinay Kumar Gurkeerat Singh Mann Jonty Rhodes Cricket
Get the latest updates on T20 World Cup, check out the T20 World Cup Schedule and Live Score . Like us on Facebook or follow us on Twitter for more sports updates. You can also download the NDTV Cricket app for Android or iOS.