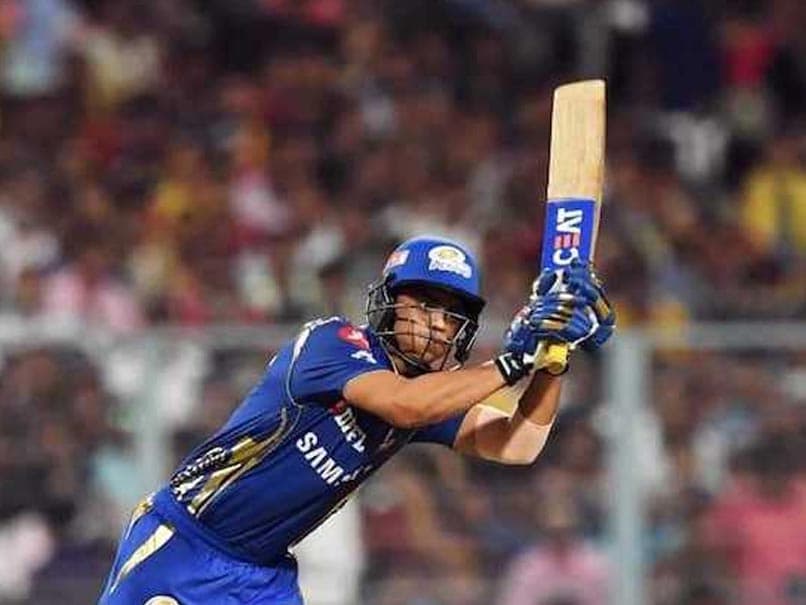 Ishan Kishan plays for Mumbai Indians in the IPL.© AFP

Ishan Kishan on Sunday hit back-to-back T20 centuries in the Syed Mushtaq Ali Trophy to take Jharkhand to a 121-run win against Manipur in a Group A match played at Mulapadu in Andhra Pradesh. The Jharkhand captain scored 113 runs from just 62 balls with 12 fours and five sixes at a strike rate of 182.25. He was accompanied by Virat Singh who remained unbeaten on 73 runs from 46 balls with seven fours. Jharkhand posted 219 runs on board as Kishan and Virat shared an unbeaten partnership of 165 runs.

With this win, Jharkhand registered three consecutive wins in the domestic T20 tournament.

Chasing the formidable target of 220, Manipur folded up for 98 for 9 in 20 overs with Yashpal Singh (40) alone offering some resistance as the Jharkhand bowlers emerged on top, capitalising on the good show by their batsmen.

Earlier, Manipur captain Kabrambam Homendro Meitei was left ruing his decision of electing to field as the Jharkhand batsmen went on a leather hunt from the word go. Kishan and fellow opener Anand Singh (26, 12b, 4X4 1X6) gave their team a racy start punishing the bowlers mercilessly.

Kishan, 20, who had hit an unbeaten 100 in the match against Jammu and Kashmir, continued his impressive run as he along with Singh hoisted the team's 50 in the fifth over itself. Singh fell against the run of play, spooning a catch in the cover region off Priyojit Singh after addition of four runs to the total.

Virat then joined Kishan and the two southpaws went about demolishing the Manipur bowlers with a mix of blistering drives and lofted shots as the bowlers struggled.

After striking his 50 off 35 balls, Kishan mounted a savage attack, taking only 19 more balls to reach his ton.

The team's hundred came in the 11th over and the duo amassed 119 runs in the last nine overs, leaving the Manipur bowlers clueless. Manipur was never in the hunt and lost wickets at regular intervals.

Jharkhand moved to the top of Group 'A' standings with their third straight win. In another match, Delhipulled off an exciting win against Jammu and Kashmir, reaching the target of 190 off the penultimate ball of the match. Lalit Yadav (47 not out, 7X4, 1X6) and Pawan Negi (15, 7 balls 1X6) saw the team home after a brief stutter.

Earlier, Jammu and Kashmir rode on half-centuries by Shubham Singh Pundir 68 and Jatin Wadhwan (57) to post 189 for 7. Test paceman Ishant Sharma finished with figures of 1for 42 in four overs while Subhodh Bhati took three wickets. It was Delhi's second win after opening with a loss to Jharkhand.

Comments
Topics mentioned in this article
Ishan Kishan Virat Singh Cricket
Get the latest updates on ICC Women's Cricket World Cup 2022 and IPL 2022, check out the Schedule , Live Score and IPL Points Table. Like us on Facebook or follow us on Twitter for more sports updates. You can also download the NDTV Cricket app for Android or iOS.