Suresh Raina Takes Daughter Out For A Drive To Enjoy Delhi Rains. Watch

Delhi experienced some heavy rain on Wednesday and Suresh Raina took daughter Gracia out for a drive. 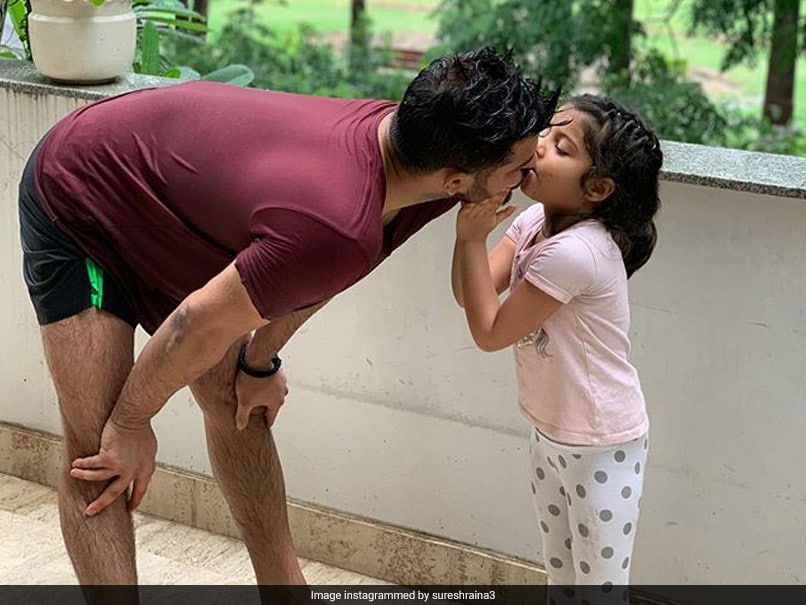 Suresh Raina shared a video on Twitter as he and his daughter enjoyed the rain in Delhi.© Instagram

Indian batsman Suresh Raina shared a video on Twitter as he and his daughter went for a drive to enjoy the rain in Delhi on Wednesday as the national capital witnessed heavy rainfall. In the video, Suresh Raina can be seen driving around in his car as his daughter Gracia Raina enjoys the weather with music playing in the background. Suresh Raina in his tweet wrote, "Taking my little girl for a drive! She is so in love with the rain. #Delhirains".

Taking my little girl for a drive! She is so in love with the rains. #DelhiRains pic.twitter.com/dTvhf5XFxT

Suresh Raina keeps sharing fun videos for his fans on social media platforms to keep them entertained. Last week, Suresh Raina had shared a video of himself practicing with Mohammed Shami and Piyush Chawla as cricketers slowly start to return to training.

The left-handed batsman who plays for the Chennai Super Kings was at a training camp in March with his Indian Premier League (IPL) team before the nation-wide lockdown was announced due to the coronavirus pandemic. Now, with the ICC postponing the T20 World Cup to next year, the stage looks set for the IPL which was postponed earlier this year in March.

Suresh Raina is an integral part of the MS Dhoni-led Chennai Super Kings squad. In the IPL, Suresh Raina has featured in 193 matches and scored 5,268 runs with an average of 33.34 and a strike rate of 137.14. He also has one century to his name along with 38 half-centuries in the cash-rich league. Suresh Raina has also picked up 25 wickets in the IPL with an economy rate of 7.38.