"IPL Is Pinnacle Of All T20 Tournaments": Mitchell Santner 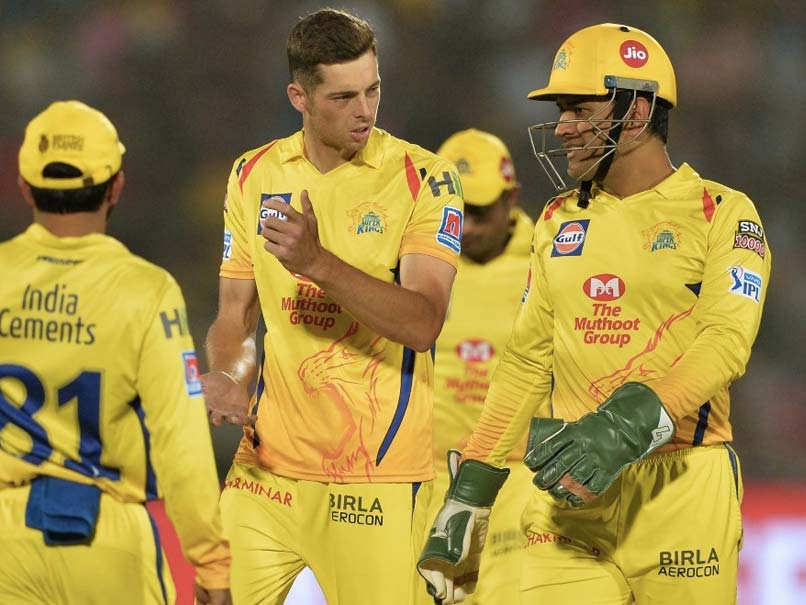 Mitchell Santner said he gained a lot of experience after his IPL stint while playing under MS Dhoni.© AFP

New Zealand spinner Mitchell Santner said that the Indian Premier League (IPL) is the pinnacle of all T20 tournaments while talking about his stint with Chennai Super Kings (CSK). Santner was picked by CSK in the IPL 2018 auction, but he was injured and missed playing in the tournament that year. However, the spinner did play a few games for the team in the 2019 edition. "Yeah, the IPL, I guess, is the pinnacle of all T20 tournaments and I was pretty excited when I was picked up in 2018. There are some world-class spinners in Chennai to talk to and play with - guys like Harbhajan Singh, who I've watched a lot of, Ravindra Jadeja and Imran Tahir as well," ESPNCricinfo quoted Santner as saying.

"When I got injured the first year, I was pretty disappointed, but I was given the opportunity last time around to go and experience it. It's an unbelievable tournament and definitely the best cricket going around in terms of T20 leagues," he added.

The Kiwi spinner also said that he gained a lot of experience after his stint in the Indian T20 tournament and playing under MS Dhoni.

"I've played against Dhoni a lot, so to share a dressing room with him and talk to him about how he goes about things was awesome. Even guys like Suresh Raina - you watched him from other teams you go with," Santner said.

"The IPL last year was a cool experience as well. It was the first time for me playing at a ground where it spins more, in Chennai, which is nice because you don't have to do too much. You try and fire it into the wicket and let the wicket do the rest. I guess, for me, it's about trying to adapt to the conditions as early as possible and find what will be the most attacking ball on each surface," he added.

Santner played a total of four matches in the 2019 edition for CSK and took four wickets.

The IPL 2020 edition was slated to commence from March 29, but it had to be postponed indefinitely due to the coronavirus pandemic. However, speculations are rife that the tournament might go ahead if the T20 World Cup, slated for October-November, gets postponed.

The 28-year-old was last seen in action in an ODI match against Australia in March this year. In that particular fixture, Santner picked up two wickets and scored 14 runs.

Imran Tahir Cricket
Get the latest updates on SA vs IND 2021-22, check out the Schedule and Live Score . Like us on Facebook or follow us on Twitter for more sports updates. You can also download the NDTV Cricket app for Android or iOS.