The Supreme Court may announce the verdict in the BCCI-Lodha Panel case on Thursday. 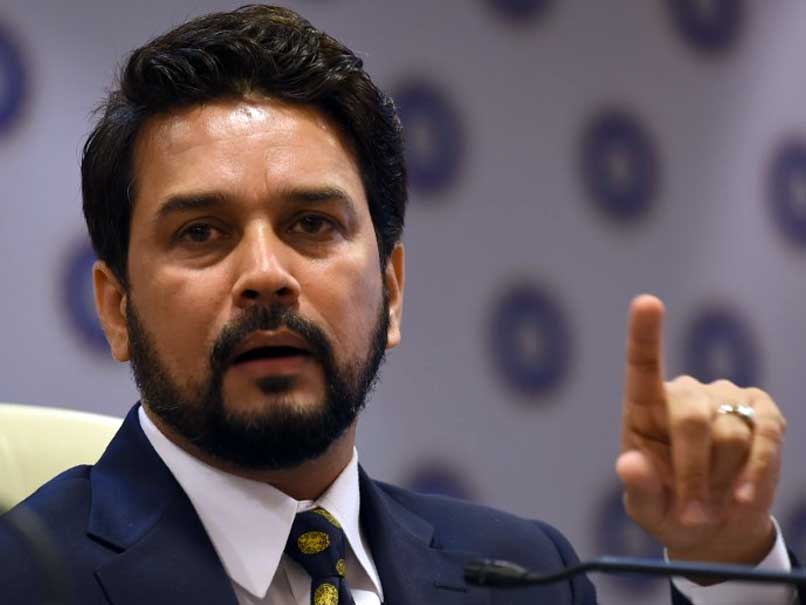 The BCCI, headed by Anurag Thakur, could be up for a massive change over on Wednesday.© AFP

The Supreme Court has deferred the hearing in the Board of Control for Cricket in India (BCCI) versus Lodha case to Thursday. The Court goes for the winter break post Friday.

Earlier, The BCCI's hopes of any relief from the Supreme Court were scotched when their plea, seeking a review of the July 18, was dismissed by the court. The plea was against the Justice Lodha Committee recommendations, which had stressed on large-scale structural reforms in the body.

The verdict, which was initially supposed to be delivered on December 5, has already been postponed twice. The bench, headed by Chief Justice of India T.S. Thakur, had adjourned the hearing the last time on December 9 in view of the many pending cases before the court.

"We have examined the grounds urged in support of the prayer for review. We find no error apparent on the face of the record to warrant recall of our order dated July 18, 2016. The review petitions are, accordingly, dismissed," a bench of Chief Justice Thakur and Justice S A Bobde said.

Here is a list of 10 points which explains what the issue is about:

1. The BCCI and all those related to the issue were waiting for the verdict with bated breath and were relieved to get additional time to make a stronger case for themselves earlier this month.

2. In the last hearing on October 21, the apex court had asked the Lodha Committee to appoint an independent auditor to scrutinise the grant of contracts by the BCCI, the world's richest cricket body.

3. Last month the committee, appointed by the Supreme Court in January 2015 to suggest reforms in the running of the BCCI, recommended the name of former Union Home Secretary G.K. Pillai for the job. It had also recommended a set of administrative reforms in the BCCI earlier this year which the cricket board has said it cannot implement in toto.

4. The Supreme Court had given the board time until December 3 to implement the reforms suggested by the three-member panel, which is headed by former Chief Justice of India Rajendra Mal Lodha. These reforms were made binding on the BCCI in a Supreme Court order on July 18 this year.

5. The appointment of auditors is significant as the multi-million dollar Indian Premier League (IPL) media rights are to be awarded for the next 10 years, starting 2018. Sony Pictures Networks Private Limited holds the current IPL media rights till 2017, which it won with a whopping $1.6 billion bid.

6. The Supreme Court and Justice Lodha have been upset with the manner in which the BCCI has approached the entire issue. While some opposition was anticipated, the manner in which BCCI president Anurag Thakur and various state associations dug in their heels, effectively refusing to accede any of the court's demands, caused the apex court to react very angrily.

7. The issue was also complicated by the state associations of Hyderabad, Vidarbha and Tripura accepting the recommendations, raising the question as to why the other associations were not following suit.

8. On July 14, 2016, a two-judge Supreme Court bench, that included current Chief Justice of India TS Thakur, empowered the Lodha-led panel to implement a series of reforms to bring in more transparency in BCCI's style of governance. The committee suggested major reforms that included age caps, tenure restrictions, one-man-one-post, one state-one-vote, among others. The reforms were binding and would apply to the Board as well as its state units.

9. Lodha panel set BCCI two deadlines - September 30 to make constitutional changes (adopt the Memorandum of Association and Rules) and December 15 for the Board to form a nine-member Apex committee that will replace the powerful working committee.

Comments
Topics mentioned in this article
Cricket BCCI
Get the latest updates on India vs South Africa and check out  Schedule, Results and Live Score. Like us on Facebook or follow us on Twitter for more sports updates. You can also download the NDTV Cricket app for Android or iOS.