The Board of Control for Cricket in India (BCCI) has been given time till December 3 to implement reforms recommended by the Lodha panel. Board also cannot release funds to state associations till they pledge to implement the reforms 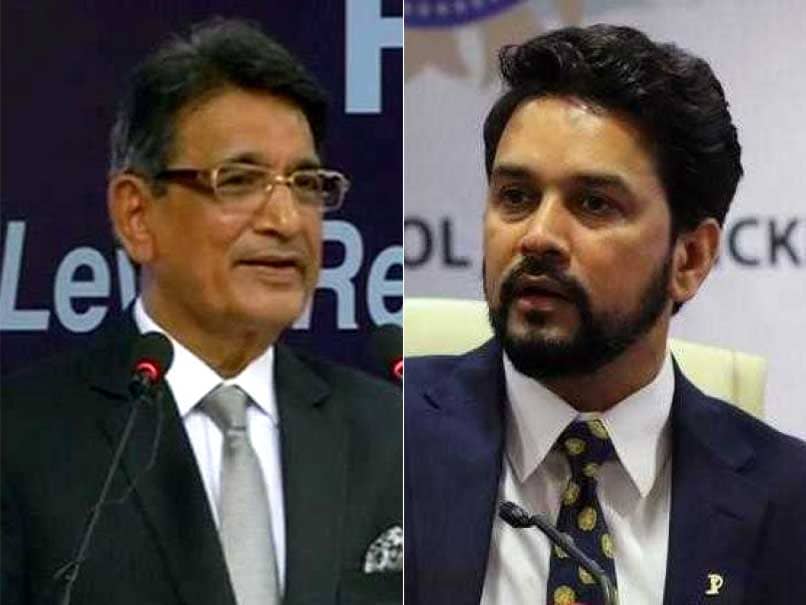 The Anurag Thakur-led BCCI has till now contested some of the Lodha Panel recommendations.© NDTV

The Supreme Court on Friday has asked the Lodha Committee to appoint an independent auditor to scrutinise the grant of contracts by the Board of Control for Cricket in India (BCCI), the world's richest cricket body.

The BCCI has until December 3 to implement the reforms suggested by the Justice RM Lodha panel. These reforms were made binding on the BCCI in a Supreme Court order on July 18 this year.

Both BCCI president Anurag Thakur and secretary Ajay Shirke will have to be present before the Lodha panel by December 3.

The appointment of auditors is significant as the multi-million dollar Indian Premier League (IPL) media rights are to be awarded for the next 10 years, starting 2018. Sony Pictures Networks Private Limited holds the current IPL media rights till 2017, which it won with a whopping USD 1.6 billion bid.

According to reports, BCCI is expecting close to USD 4.5 billion from sale of these three rights - TV, internet and mobile. If achieved, it will be world record in the world of cricket.

With the Supreme Court deciding to appoint an independent auditor for awarding BCCI contracts, the IPL media rights will no longer be given at the sole discretion of the BCCI. The Lodha panel-appointed auditors will scrutinise all high-value contracts.

The Supreme Court has frequently rapped the BCCI for "not falling in line." The next hearing has been scheduled for December 5.

In strong words the court had observed in September: "Does the BCCI think it can violate our orders and get away with it? When the high-powered committee gives its report, we don't expect this sort of conduct from BCCI. Fall in line otherwise we will pass orders"

Here are the top 10 developments of the BCCI-Lodha panel case:

# On July 14, 2016, a two-judge Supreme Court bench, that included current Chief Justice of India TS Thakur, empowered the Justice RM Lodha-led panel to implement a series of reforms to bring in more transparency in BCCI's style of governance. The committee suggested major reforms that included age caps, tenure restrictions, one-man-one-post, one state-one-vote, among others. The reforms were binding and would apply to the Board as well as its state units.

# Acting on Katju's advise, the BCCI also announced the date of its AGM (September 21). Katju said there was nothing wrong in the BCCI staging its AGM as it was governed by the Tamil Nadu Societies Registration Act, 1975 and only the Registrar could take action against the BCCI, not a court-appointed committee.

# In August, BCCI secretary met the Lodha committee saying the AGM will conduct "routine" business. On the contrary, the Board advertised inviting applications for the post of selectors. Its agenda also included formation of a new working committee and even an ombudsman - all in defiance of Lodha panel orders.

# Saying the BCCI conducted more than just "routine" matters, the Lodha panel filed a status report to the Supreme Court on September 28, complaining of non-compliance of its orders. The panel wanted BCCI's top brass to be "superseded". Justice Thakur wanted BCCI "to fall in line."

# On October 1, BCCI cherry picked a few recommendations made by the Lodha panel but made no decision on the important proposals like one-state-one-unit and age and tenure caps for officials. BCCI also decided to disburse large sums of money (approximately 400 crores) earned from TV rights to state units as infrastructure grants.

# Lodha committee told BCCI's bankers - Bank of Maharashtra and Yes Bank - to stop disbursing grants to state units without its approval. BCCI president Anurag Thakur told media that freezing of accounts will force Board to cancel the India vs New Zealand Test series. Justice Lodha clarified on October 4 that BCCI was misinterpreting or deliberately twisting its order to the banks. The panel never stopped any money for staging matches.

# The top court gave the BCCI time till December 3 to implement reforms recommended by the Lodha panel. The judges said the Board also cannot release funds to state associations till they pledge to implement the reforms. It will hear the case now on December 5. The BCCI will also not be able to grant TV rights independently.

(With inputs from A Vaidyanathan)

Comments
Topics mentioned in this article
BCCI , 1900-01-01 , Cricket , 1900-01-01 ,
Get the latest updates on IPL 2021, check out the IPL 2021 Schedule and Indian Premier League Live Score . Like us on Facebook or follow us on Twitter for more sports updates. You can also download the NDTV Cricket app for Android or iOS.