Subramanian Swamy had petitioned the Supreme Court for e-auction of the Indian Premier League (IPL) telecast rights for the next five years. 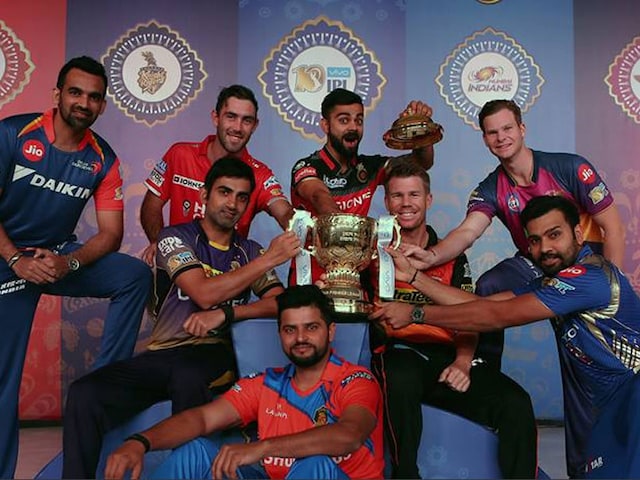 The Supreme Court rejected plea for e-auction of the IPL telecast rights for the next 5 years.© BCCI

he Supreme Court on Monday rejected plea for e-auction of the Indian Premier League (IPL) telecast rights for the next 5 years. Veteran politician and Raja Sabha Member of Parliament (MP) Subramanian Swamy had petitioned Supreme Court for e-auction. But the Supreme Court-appointed Committee of Administrators, led by Vinod Rai, had recommended a normal auction instead of e-auction. A bench comprising Chief Justice Dipak Misra and Justices A.M. Khanwilkar and D.Y. Chadrachud did not consider the plea of BJP leader Subramanian Swamy that the ongoing tendering process for awarding media rights for the IPL events be stayed and e-auctioning directed.

The IPL matches are scheduled to start in April next year.

Senior advocate Parag Tripathi, appearing for the CoA, said that the ongoing tender process was a better option as all the bidders put their best bid in a sealed envelope to get the media rights.

Swamy, however, said he wanted to file an interim application highlighting alleged collusion and conflict of interest on behalf of a BCCI functionary who also runs a news channel. This plea was allowed by the top court.

The Supreme Court had on July 28 sought the response of BCCI on Swamy's plea that e-auction of the media rights should be done to ensure transparency as the rights are to be given for the next five years.

The top court had last month told the BJP leader that it would think over his plea to accord urgent hearing in the case after Swamy referred to the apex court verdicts to buttress his point that it has been held that auctioning was the best method of awarding contracts.

He had said that the amount involved in the award of IPL media rights was to the tune of Rs. 30,000 crore and the issue should not be decided in an "opaque" manner.

"This petition prays that the distribution of IPL rights, which is scheduled on July 17, 2017, should be done in the most transparent mode available, that is via E-Auction," his petition had said.

"It is a requirement that non-discriminatory and transparent method with the best international practices must be adopted for distribution of the valuable media rights so as to ensure the maximum revenue in the larger national interest," Swamy's plea had said.

He had alleged that there was a consistent attempt by vested interests to try and build a monopoly by getting the valuable rights in a non-transparent manner.

"Huge money is involved amounting to Rs. 25000-30000 crore in the valuable rights associated with the game of cricket in India which makes it mandatory to have the auction process robust, completely transparent, in order to maximise revenue and prevent vested interests from making undue gains," Swamy had claimed.

The BCCI and CoA argued that BCCI would lose between 360 to 700 crore if an e-auction is held.