Former Test cricketer Bapu Nadkarni feels despite fewer matches played during his days, Sunil Gavsakar was a prolific player who made a lasting impression on the sport. 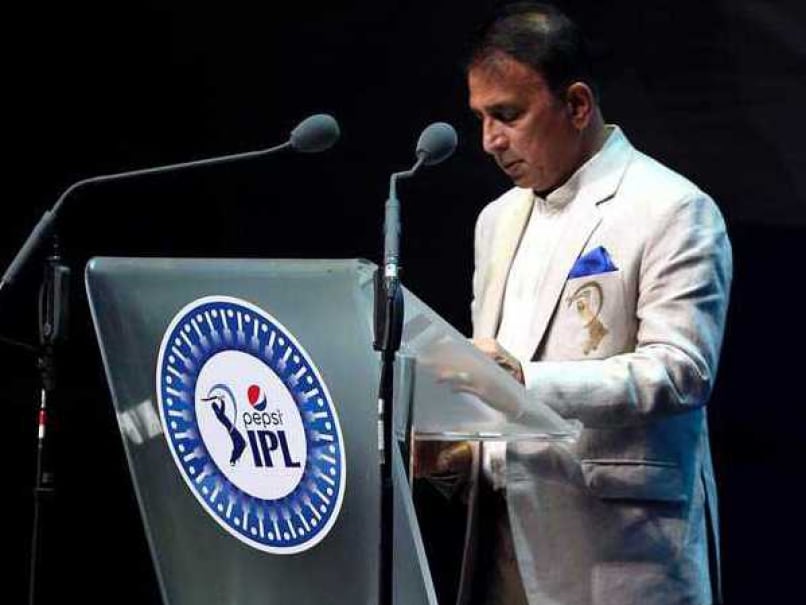 The modern generation of cricket followers might feel Sachin Tendulkar is the last word in batting, but for people of the previous generation or even older, Sunil Gavaskar was as good a batsman, according to former Test all-rounder Bapu Nadkarni.

"While it is Tendulkar now, then it was Gavaskar. In the class of cricket (batting) Gavaskar was as good as Tendulkar as a stroke maker, or even the Don (Bradman)," said the octogenarian in his keynote address at the Legends Club here last evening at the function to celebrate Gavaska's 65th birthday. (Also read: Sunil Gavaskar not paid by BCCI for role as interim chief?)

Nadkarni, who is 81, recalled how the "Little Master" had batted without the helmet during his entire cricket career. "He refused to wear a helmet while batting though helmet was available to be used," said Nadkarni who played 41 Tests between 1955 and 1968 in which he scored 1,414 runs with 122 not out as his highest score and also grabbed 88 wickets with his inch-perfect left arm spin bowling. Nadkarni also praised Gavaskar as the first person to scale what was the Himalayan peak of 10,000 Test runs that he accomplished in Ahmedabad.

"It's a great feat as the intensity of cricket matches was not as much as it's now. There were fewer Test matches to be played, at least two years for a series to happen. In our time we had to wait even for four years (for India to play a Test series)," remembered Nadkarni."

"He went to the top step by step, from schools cricket to collegiate and then inter-university cricket to first class cricket. His dedication to the game and powers of concentration never flagged till the end of his career," he said.

"For us it was Gavaskar in cricket, (Nandu) Natekar in badminton and (Ramanathan) Krishnan in tennis. They all made the game look easy," Nadkarni said and also recalled the former India captain's dedication to the only club he played for in local league cricket, Dadar Union.

"When he was in Mumbai he saw to it that he played for Dadar Union," said Nadkarni.

Gavaskar's childhood friend and Mumbai teammate Milind Rege said as the two grew up, he never knew when the former made the leap into the run-hungry batsman he later became. "We sat on the same bench in school (St Xavier's), played schools cricket and then college cricket together. He did not score many runs in schools cricket, or in collegiate cricket, but then suddenly the fire-in-his-belly started growing as he started playing inter-university cricket," felt Rege who had captained Gavaskar in school as he was the taller of the two boys.

"During those days inter-university cricket was a very important part in the cricketers' curriculum," Rege said.

Rege even recalled how Gavaskar had been dropped from the then Bombay Ranji Trophy squad after he did not do well in his maiden appearance. "The one thing that changed his outlook was perhaps when as a child his uncle Madhav Mantri told him not to touch his India cap unless he earned the right to wear it," said Rege.

"He even wore the Dadar Union cap only when he played two matches in the West Indies (on his debut tour in 1971) before playing the Tests," he added. He also recalled the number of evenings he and Gavaskar as small children had listened to serious cricket talk among Gavaskar's father, Mantri and former Bombay captain Manohar Hardikar who used to visit the residence.

Rege also said that growing up the duo's idol was the late Eknath Solkar, who was from a different school (Marathas) but of the same age.

Rege said that Gavaskar has told him quite often about the luck that plays a part. "Kenia Jayantilal who was on that 1971 tour was also a very good player of fast bowling. In the first Test of that series (at Kingston, Jamaica) he slashed (Grayson Shillongford) and (Garfield) Sobers brought off a great catch. The same Sobers dropped Sunil three times in one innings. He calls it Naseeb (fate)," said Rege.

Jayantilal made 5 in the first innings of the Test and never played for the country again. "His (Gavaskar's) temperament, powers of concentration and courage (against fast bowling) are unequalled," said Rege who is also 65 and is a former Mumbai Ranji captain. "To me for a person to be called a legend he should show a path for others to follow. Gavaskar is a legend as people like Tendulkar followed on the same path," he added.

Former Mumbai opener Shishir Hattangadi also added some interesting anecdotes about Gavaskar and said the former India opener used to go "into a zone" when padded up, even seeing through several well-wishers when they waved at him.

Comments
Topics mentioned in this article
Sunil Manohar Gavaskar Sachin Ramesh Tendulkar Donald George Bradman Cricket
Get the latest updates on ICC Women's Cricket World Cup 2022 and IPL 2022, check out the Schedule , Live Score and IPL Points Table. Like us on Facebook or follow us on Twitter for more sports updates. You can also download the NDTV Cricket app for Android or iOS.