Former Australian captain Steve Smith admitted he cried for four days after a ball-tampering scandal in South Africa that rocked the sport. 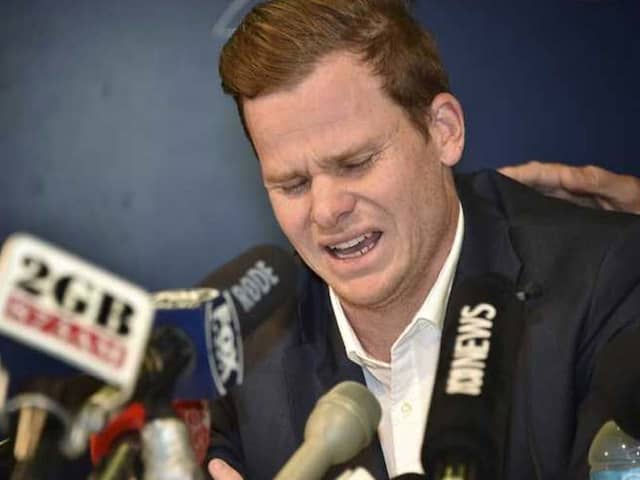 Steve Smith admitted he cried for four days after a ball-tampering scandal.© AFP

Former Australian captain Steve Smith admitted he cried for four days after a ball-tampering scandal in South Africa that rocked the sport. Australian cricket's golden boy Smith was left devastated by the fall-out, breaking down at an emotional press conference on his return to Sydney after being sent home in disgrace. Along with David Warner, he was banned from all international and domestic cricket for a year while opening batsman Cameron Bancroft was exiled for nine months for their part in attempting to alter the ball during the third Test in March.

Part of their punishment includes doing community service, and Smith attended a function at an exclusive Sydney boy's school on Monday to promote a men's mental health charity, where he provided an insight into the toll it took.

"To be honest, I probably spent four days in tears," he told the students, according to the Seven Network which obtained audio of his comments.

"I was really struggling mentally. It certainly was the toughest thing that I've had to do."

The scandal initially unleashed a torrent of vitriol against Smith, but his harrowing and tearful Sydney press conference, where he was comforted by his father, sparked a wave of sympathy.

Smith said he was fortunate to have close family and friends for support, and now wanted to send the message to youngsters that "you know, as a man it's okay to show emotion".

While banned from state and international cricket, Smith is allowed to appear at club level in Australia and in domestic tournaments abroad.

He has been training privately and is poised to return to the game at the inaugural Global T20 Canada event near Toronto from June 28-July 15, and said he couldn't wait.

"Two months down and counting," he said of his ban.

"Hopefully by the time I get back to the game I'm fresh and ready to perform at a really high level again."

Warner is also due to play at the Canada tournament while Bancroft is expected to make his comeback at a low-level limited-overs event in Darwin in July.