James Anderson bagged his 30th five-wicket haul in Test cricket, starring with the ball for England against Sri Lanka on Day 2 of the ongoing second Test. 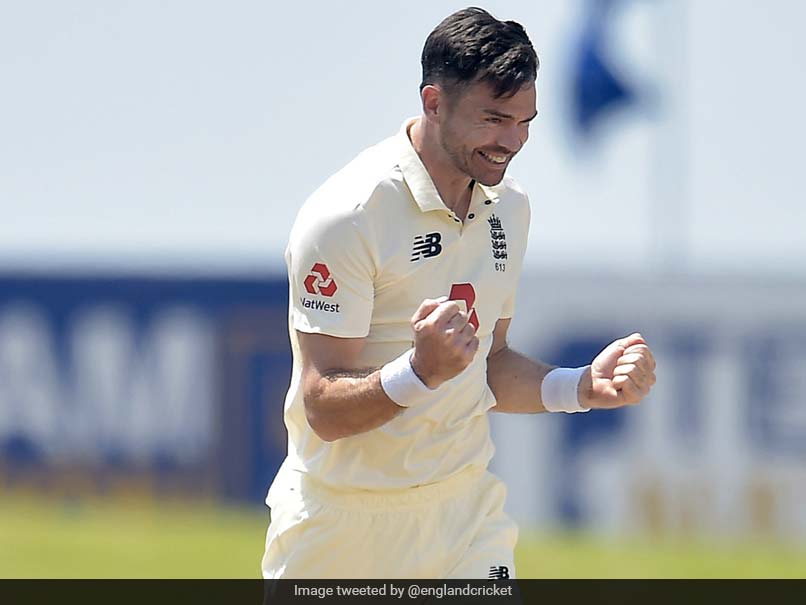 James Anderson celebrates a wicket on Day 2 of the 2nd Test against Sri Lanka.© Twitter

James Anderson took his 30th five-wicket haul in Test cricket on Day 2 of the ongoing second Test match between England and Sri Lanka at the Galle International Stadium. The England pacer now has 606 wickets in cricket's longest format. He reached the milestone after dismissing Niroshan Dickwella for 92 runs. He also registered the dismissals of Suranga Lakmal (0), Angelo Mathews (110), Kusal Perera (6), Oshada Fernando (0) and Lahiru Thirimanne (43). He is now sixth in the list of bowlers with most five-wicket hauls in Test cricket, overtaking former Australian pacer Glenn McGrath. Spin legend Muttiah Muralitharan tops the list with 67 five-wicket hauls in the longest format.

He now has wickets in the format

Anderson is the fourth-highest wicket-taker in Test cricket. He is behind Anil Kumble, who has 619 wickets to his name. Muralitharan sits atop the list with 800 wickets.

This was Anderson's second five-for in Asia. He had earlier bagged five wickets at the same venue against Sri Lanka in 2012, although England went on to lose that match.

On Saturday, after completing his five-wicket haul, Suranga Lakmal became Anderson's sixth victim as the England pacer finished the innings with figures of 6/40.

Twitter was abuzz after Anderson's fiery display against Sri Lanka. Here are some of the reactions from fans on social media:

One of my fav England cricketer
"Anderson" pic.twitter.com/CDW1vOgOX7

Isn't he the fittest legend ever??

Anderson is of the greatest to ever do it, and probably doesn't get the respect he is due outside of England. #cricket

Anderson's heroics restricted Sri Lanka to a first innings score of 381. The Sri Lanka Lankans will be aiming to put pressure on England, and hope to draw the two-match Test series. England had won the fist match by seven wickets.

James Anderson Cricket
Get the latest updates on ICC T20 Worldcup 2022 and CWG 2022 check out the Schedule, Live Score and Medals Tally. Like us on Facebook or follow us on Twitter for more sports updates. You can also download the NDTV Cricket app for Android or iOS.