James Anderson Has Set A Record For Current And Future Pace Bowlers To Chase: Kumar Sangakkara

Sri Lanka great Kumar Sangakkara believes England's James Anderson may have set a record that will be "Jimmy's alone" after he became the first paceman to take 600 Test wickets. 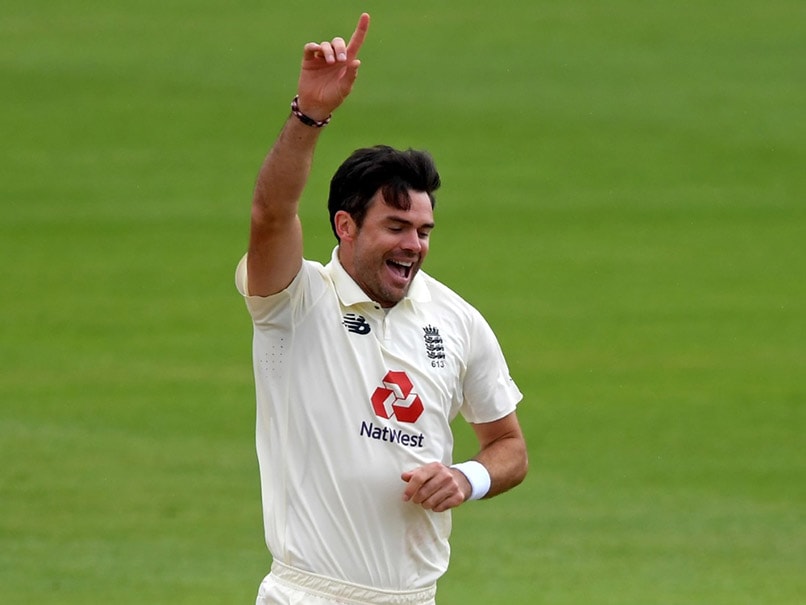 Sri Lanka great Kumar Sangakkara believes England's James Anderson may have set a record that will be "Jimmy's alone" after he became the first paceman to take 600 Test wickets. Anderson, 38, made history when he had Pakistan captain Azhar Ali caught at slip by England skipper Joe Root in the drawn third Test at Southampton on Tuesday. MCC president Sangakkara, in an email to club members published Saturday, said Anderson's feat was a "joyful moment for the ages" and "an exceptional achievement". "Jimmy is a fast bowler of immense skill and determination," added the 42-year-old Sangakkara, a former Sri Lanka captain.

"His achievement is tremendous, not just for the fact that it is 600 wickets, but also for what that entails in terms of effort, commitment and reinvention."

The only bowlers ahead of Anderson in the all-time list of Test wicket-takers are three retired spinners -- Sri Lanka's Muttiah Muralitharan (800), Australia's Shane Warne (708) and India's Anil Kumble (619).

And of the three other fast bowlers to have taken more than 500 Test wickets, only Anderson's longstanding England new-ball colleague Stuart Broad (514 wickets), is still an active cricketer, with Australia's Glenn McGrath (563) and West Indies' Courtney Walsh (519) having long since hung up their boots.

"He has set a record for current and future pace bowlers to chase, but it may just be one record that will be Jimmy's and Jimmy's alone," said Sangakkara, a former wicketkeeper-batsman who appeared in 134 Tests and was Sri Lanka's captain when they lost the 2011 World Cup final to India in Mumbai.

"It was my great privilege to play against him and I now share with you the enjoyment of watching him from beyond the boundary rope for as long as he may continue."

Sangakkara is the first overseas president in the 233-year-old history of Marylebone Cricket Club (MCC), the owners of London's Lord's cricket ground.

By tradition, MCC presidents serve for just one year.

But with no internationals being played at Lord's, 'the home of cricket' in 2020 because of Covid-19 -- Saturday will see the ground's first match of the season when Middlesex play Kent in an English domestic Twenty20 -- Sangakkara's time in office has been extended by 12 months.

"I would like to thank you (the MCC membership) for your support in granting an extension to my term as president," Sangakkara wrote in acknowledgement.

Kumar Sangakkara Cricket
Get the latest updates on IND vs NZ 2021, check out the Schedule and Live Score . Like us on Facebook or follow us on Twitter for more sports updates. You can also download the NDTV Cricket app for Android or iOS.