"Can I Reach 700? Why Not?": James Anderson After Becoming The First Fast Bowler To Take 600 Test Wickets

James Anderson is far from being done after becoming the first pacer to amass 600 Test wickets and he sees no reason why he can't enter the 700-club alongside Shane Warne and Muttiah Muralitharan even though he has hit 38. 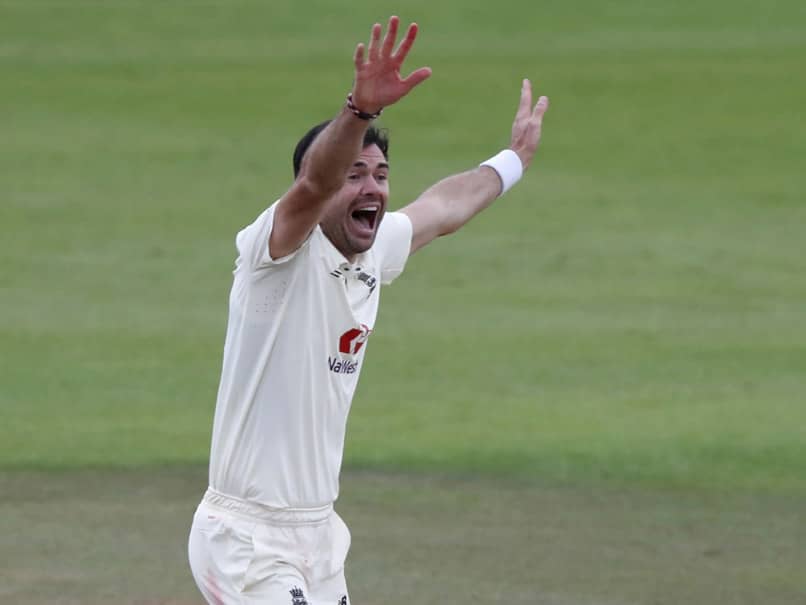 James Anderson is far from being done after becoming the first pacer to amass 600 Test wickets and he sees no reason why he can't enter the 700-club alongside Shane Warne and Muttiah Muralitharan even though he has hit 38. Anderson is the fourth-highest wicket-taker in Tests and reached the 600-wicket milestone by dismissing Pakistan captain Azhar Ali in the third Test in Southampton on Tuesday. Indian spin great Anil Kumble has 619 wickets to his name behind Muralitharan (800) and Warne (708).
Speaking after the drawn game, the 38-year-old made his intentions clear.

"I didn't bowl as well as I'd have liked for the whole summer. But in this Test I was really on it and I feel like I've still got stuff to offer this team. As long as I still feel like that I think I'll keep going. I don't think I've won my last Test matches as an England cricketer yet. Can I reach 700? Why not?"

Anderson claimed his 29th five-wicket haul in the third Test and only the great Richard Hadlee has more among seam bowlers. He said his hunger to perform has not not diminished and that is what keeps him going.

"We're still in the Test championship. There are still series ahead of us and Test matches to win. That's all I'm really interested in. I still love turning up every day at training, putting in the hard yards and being in the dressing room with the lads trying to forge a win for England.

"That's all I've really ever bothered about and what I'll keep trying to do. I'll keep working hard in the gym and keeping myself available for selection.

"There will be decisions along the way with the selectors and coach and captain around how the team moves forward but as long as they want me around I'll keep working hard and try to prove I'm good enough to play in this team," he said.

Talking about his 600 wickets, Anderson added: "I have worked really hard with my skills over the years and I am fortunate enough that I get to do it at the top level playing for my country.

"Looking back to that first Test (in 2003), I never thought I would get anywhere near 600 Test wickets. I just feel very fortunate and privileged that I have been able to do that for a long period of time."