SL vs ENG: Jack Leach and Dom Bess wreaked havoc with three wickets each as Sri Lanka slipped to 67 for six in their second innings at lunch on day four of the final Test. 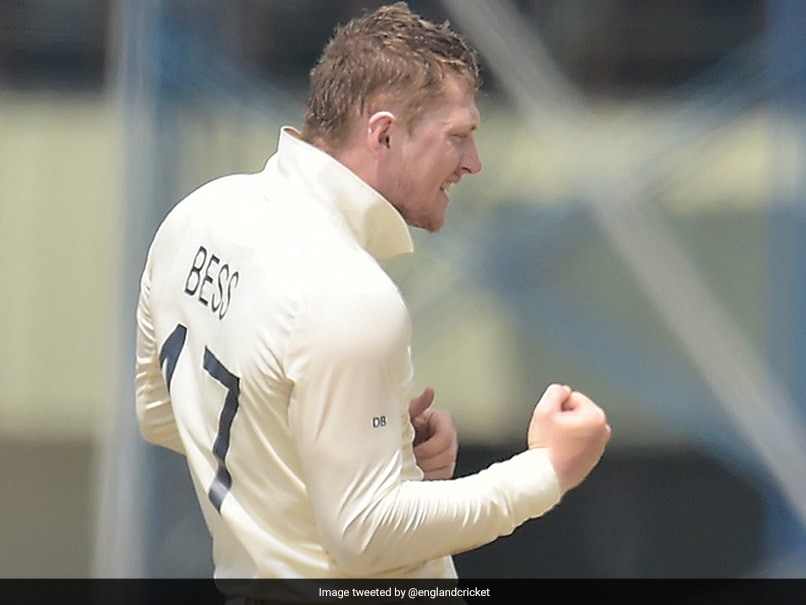 England spinners Jack Leach and Dom Bess wreaked havoc with three wickets each as Sri Lanka slipped to 67 for six in their second innings at lunch on day four of the final Test on Monday. Sri Lanka lead by 104 runs after they bowled out England for 344, 37 short of the hosts' first innings total of 381. Debutant Ramesh Mendis, on 11, and Dilruwan Perera, on one, were batting in Galle. Sri Lankan left-arm spinner Lasith Embuldeniya claimed seven wickets to end England's first innings after the tourists resumed on 339 for nine.

Leach soon made his left-arm spin count as he got Kusal Perera trapped lbw for 14, and off-spinner Bess sent back Oshada Fernando for three.

First-innings centurion Angelo Mathews was then bowled by Bess for five and Chandimal fell to Leach, with James Anderson taking a superb running catch.

Sri Lanka were in disarray on 66 for six and could have been seven if skipper Joe Root would have held on to a tough chance at slip off Bess right on lunch.

Earlier Dilruwan trapped overnight batsman Leach lbw for one on just the 11th ball of the day after England resumed on 339 for nine in Galle.

Leach took a single and number 11 Anderson hit a boundary off Embuldeniya, who returned career-best figures of 7-137 in just his ninth Test, to add five runs to the overnight score.

Root scored 186 -- after his double century in the first Test -- to steer England's first-innings response.

Riding on Root's 228, England won the opening Test to lead the resumed series, which started last March but was postponed due to the coronavirus pandemic.

England Cricket Team Dom Bess Jack Leach Sri Lanka vs England, 2nd Test Cricket
Get the latest updates on IPL Auction 2023 and check out  IPL 2023 and Live Cricket Score. Like us on Facebook or follow us on Twitter for more sports updates. You can also download the NDTV Cricket app for Android or iOS.