South Africa's newly-appointed Team Director Enoch Nkwe warned his team to not get distracted by the noise which the Indian supporters will be making in support Virat Kohli and his team. 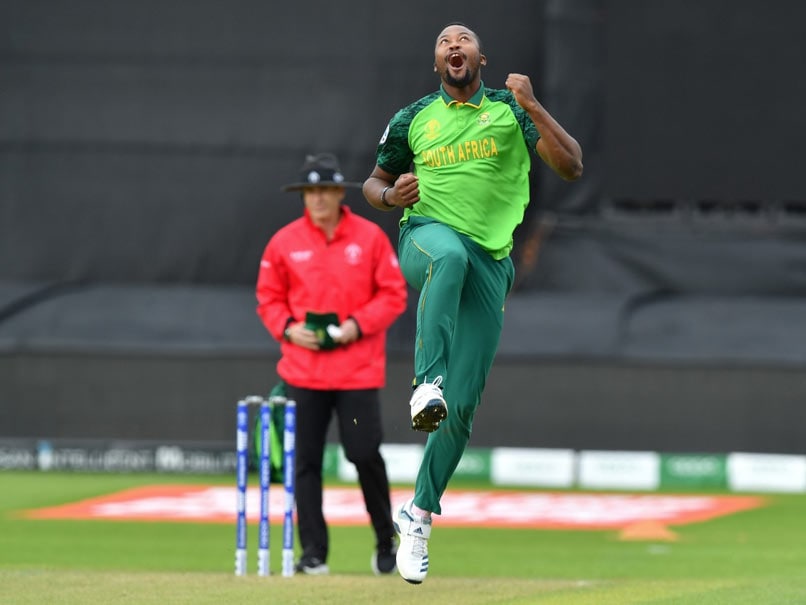 South Africa are scheduled to play three T20 Internationals and as many Tests in India.© AFP

South Africa fast bowler Andile Phehlukwayo has termed India "a lovely place to play cricket" as his team gears up for a grueling tour, including three T20 Internationals and as many Test matches, starting on September 15. While South Africa's newly-appointed Team Director Enoch Nkwe warned his team to not get distracted by the noise which the Indian supporters will be making in support Virat Kohli and his team, Andile Phehlukwayo explained how he enjoys playing in front of such a huge crowd. "It's a lovely place to play cricket with 50,000 odd people watching the game (in the stadium). It's a lovely opportunity to play in a crowd like India. It's one of the best places to play in terms of crowd," Andile Phehlukwayo said.

Enoch Nkwe joined in saying: "Fortunately enough, a lot of players have been playing in the IPL. They have been to World Cups at different level. A lot of them were part of the South Africa A tour in 2015 to participate in the tri-series."

"The Indians are not shy of coming out and supporting their team. And I have spoken to a lot of players individually and they have embraced that."

"It's a matter of tackling those moments and making them more successful. If they drift away from that and focus on what's happening around then we are selling ourselves short," he added.

On their last tour to India, the Proteas had won the T20I and ODI series but lost the Tests.

The South Africa team director further said that it will be a great test for him, as well as his team, when they face India in their own backyard.

"It's an exciting place to play cricket. You get tested there in every element as a cricketer and as a coach as well."

He also called on the senior players to share their experience with the youngsters.

"Some of the guys would be on their last trip to India from a red-ball perspective. They are very eager to turn things around which is going to be important for them. So, those experience players are looking forward to the trip and are going to add a lot of value," he said.

The first T20I of the three-match series will be played on September 15 at the picturesque stadium in Dharamsala.