This is South Africa's last 50-over assignment before the ICC World Cup 2019, starting on May 30 in the United Kingdom. 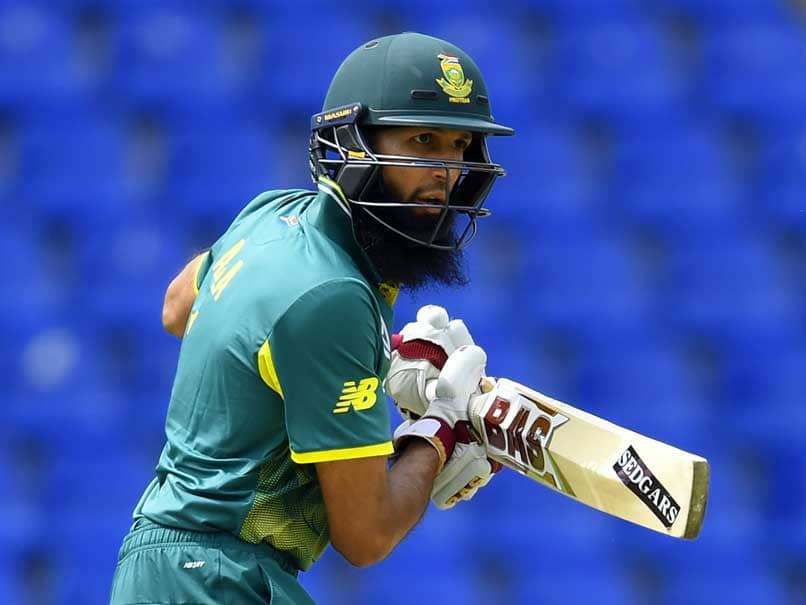 Selection convener Linda Zondi claimed that Hashim Amla has not been dropped.© AFP

South Africa's veteran batsman Hashim Amla was left out of the squad for the first three One-Day Internationals of the five-match series against Sri Lanka on Sunday. This is South Africa's last 50-over assignment before the ICC World Cup 2019, starting on May 30 in the United Kingdom. However, selection convener Linda Zondi claimed that 35-year-old Amla has not been dropped and he remains a senior player in the camp. "Those players who were in the squad against Pakistan (in January) but who have been left out this time have not been dropped. We need to use the first part of this series to examine all the options that are available to us," said Zondi.

"We know, for example, what Hashim Amla has to offer us and he remains a senior member of our squad," he added.

Also omitted was JP Duminy, who has not played since October because of a shoulder injury. Zondi said he hoped that Duminy, regarded as a key to South Africa's World Cup hopes because of his batting, fielding and off-spin bowling, would be fit for the final two matches against Sri Lanka.

Fast bowlers Lungi Ngidi and uncapped Anrich Nortje were named in a 14-man South African squad. The series starts at the Wanderers Stadium next Sunday.

Ngidi and Nortje, who made a sensational impression with his pace in a Twenty20 tournament early in the season, have both returned to action in recent weeks. Ngidi  suffered a knee injury in Australia in November, while Nortje has been sidelined by an ankle problem.

Zondi said the selectors wanted to see what Nortje, 25, could offer. "Outright pace is not something that you can coach and he looks another exciting addition to our pace arsenal."

The squad includes only five players who were part of the Test squad beaten 2-0 in a Test series against Sri Lanka which ended on Saturday - captain Faf du Plessis, Quinton de Kock, Wiaan Mulder, Kagiso Rabada and Dale Steyn.

Hashim Amla Lungi Ngidi Cricket
Get the latest updates on IPL 2021, IPL Points Table , IPL Schedule 2021 , live score . Like us on Facebook or follow us on Twitter for more sports updates. You can also download the NDTV Cricket app for Android or iOS.