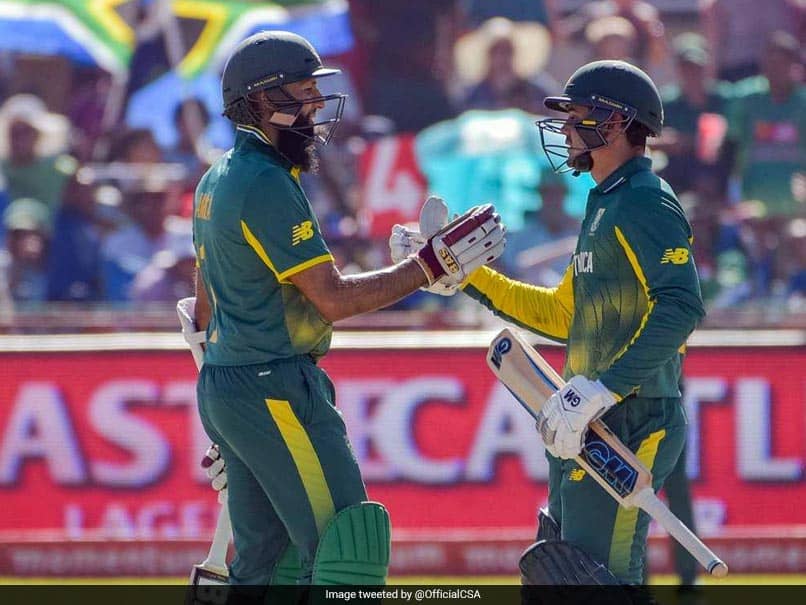 Hashim Amla returns to the squad after recovering from a finger injury.© Twitter

Cricket South Africa on Thursday announced a 14-man squad for the first two one-day internationals against Pakistan. The 5-match ODI series begins on January 19 in Port Elizabeth. Top-order batsman Rassie van der Dussen, who plays for domestic side Highveld Lions, has got a maiden call up in the ODI side. The 29-year old has featured in two T20 Internationals for South Africa. He made his debut against Zimbabwe in October 2018. Dussen was also the leading run-scorer in the recent Mzansi Super League T20 tournament.

Coach Otis Gibson had also indicated that series against Pakistan and Sri Lanka will be effectively a warm-up for the World Cup squad. However, selection convener Linda Zondi said there was still a degree of experimentation.

"We need to look at all the options available to us as we get closer to selecting our final squad for the World Cup," said Zondi.

He said Van der Dussen and fast bowler Dane Paterson, recalled to the one-day squad for the first time since 2017, were two players who have been "knocking strongly on the door in all formats".

Zondi said other players could get opportunities in the last three matches against Pakistan. Batsman JP Duminy and fast bowler Lungi Ngidi were not considered because of injury.

Sarfraz Ahmed Cricket
Get the latest updates on IPL 2020, check out the IPL Schedule for 2020 and Indian Premier League (IPL) Cricket live score . Like us on Facebook or follow us on Twitter for more sports updates. You can also download the NDTV Cricket app for Android or iOS.