Mohammad Amir has been included in Pakistan's the 16-member squad for the five-match series against South Africa starting on January 19. 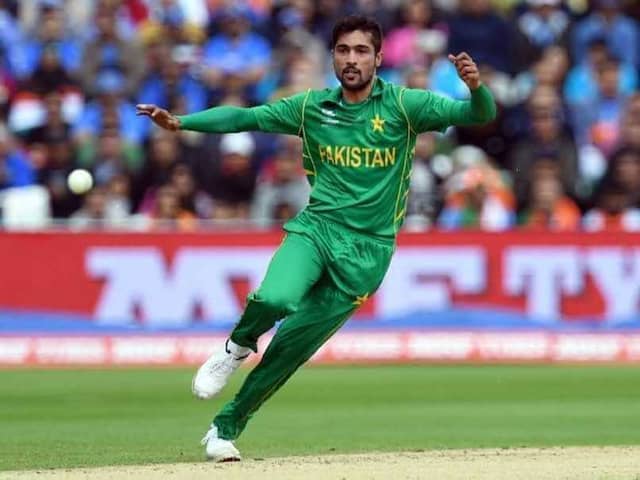 Mohammad Amir was redrafted to the ODI side on the back of good form in the Test series in South Africa.© AFP

Mohammad Amir has made a return to Pakistan's One-day international (ODI) squad after being included in the 16-member team for the five-match series against South Africa starting on January 19. Amir has struggled for form in the 50-over format and last played an ODI game against India in the Asia Cup 2018. The 26-year-old fast bowler failed to pick up even a single wicket in his last five one-day internationals, including three Asia Cup matches in September last year. Following his underwhelming performances, the left-armer was dropped across all formats against Australia and New Zealand.

However, on the back of some fine performances in the ongoing three-match Test series in South Africa, Amir has been drafted back to the one-day side.

In the first two Tests, which Pakistan have both lost, Amir has taken a total of eight wickets, only one less than Pakistan's top wicket-taker in the series so far Shaheen Shah Afridi.

The Pakistan Cricket Board (PCB) said there were five changes from the Test side, which is presently in Johannesburg preparing for the third and final Test starting from Friday.

Chief selector Inzamam-ul-Haq said the squad was selected with the World Cup -- to be held in England from May 30-July 14 this year -- in mind.

"While selecting the squad, we have tried to maintain consistency, taking into consideration player performances in white-ball cricket as well as looking ahead to the upcoming ODI challenges, including the World Cup," he said.

Amir's strong performance in the Test series made him an "automatic selection", said Inzamam.

There were no places for all-rounder Haris Sohail -- who returned from South Africa without featuring in the Tests due to a knee injury -- and fast bowler Junaid Khan.

South Africa Cricket Team Mohammad Amir Inzamam-ul-Haq Cricket
Get the latest Cricket news, check out the India cricket schedule, Cricket live score . Like us on Facebook or follow us on Twitter for more sports updates. You can also download the NDTV Cricket app for Android or iOS.