Morne Morkel, playing his 85th Test, became the 32nd bowler in the world to achieve the feat of 300 Test wickets. 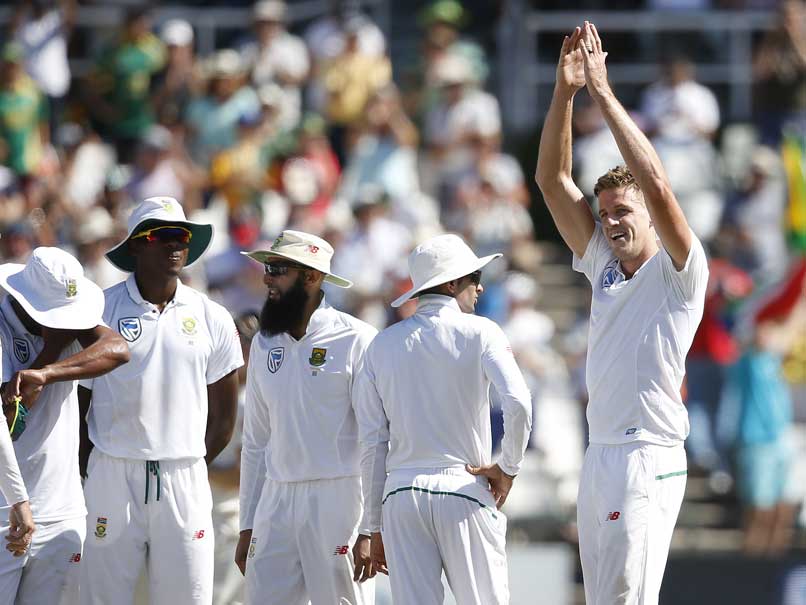 Morne Morkel on Friday became the fifth South African bowler to take 300 wickets in Tests. He achieved this feat on the second day of the third Test against Australia at Newlands, Cape Town. Morkel, who will retire from international cricket after the series, took three of the first four Australian wickets in the first innings. Morkel scalped the wickets of Usman Khawaja and Steve Smith in his first spell and then broke a 78-run crucial stand of Cameron Bancroft (77) and Shaun Marsh (26) for the fifth wicket. Marsh became Morkel's 300th Test victim when he flashed hard at a wide ball but only managed to edge it back to Quinton de Kock, behind the stumps, who completed an easy catch.

At that time, Australia were 150 for four in reply to South Africa's first innings of 311.

The 33-year-old South African bowler, playing his 85th Test, became the 32nd bowler in the world to achieve the feat of 300 Test wickets.

Morkel, at 34 years and 168 days, also became the fourth oldest pacer to 300 Test wickets. Zaheer Khan, at 35 years and 76 days, tops the list. The former Indian pacer is trailed by Sir Richard Hadlee and Imran Khan.

India legend Rahul Dravid was his 100th Test in Centurion in 2010 wicket while his 200th Test wicket was Kithuruwan Vithanage in Colombo SSC in 2014.

Earlier, Kagiso Rabada was hit for five boundaries in a row by David Warner but won a duel with the Australian opening batsman when he sent Warner's off stump cartwheeling.

Apart from Rabada, Australia captain Steve Smith also equalled a world record when he caught South Africa's last two batsmen for a total of five catches in the innings, the joint-most by a fielder.

Although ten other fielders shared the record, Smith was only the second Australian to achieve the feat after Vic Richardson in 1935/36.

Comments
Topics mentioned in this article
South Africa Cricket Team Australia Cricket Team Morne Morkel Cricket
Get the latest updates on IPL 2021, IPL Points Table , IPL Schedule 2021 , live score . Like us on Facebook or follow us on Twitter for more sports updates. You can also download the NDTV Cricket app for Android or iOS.