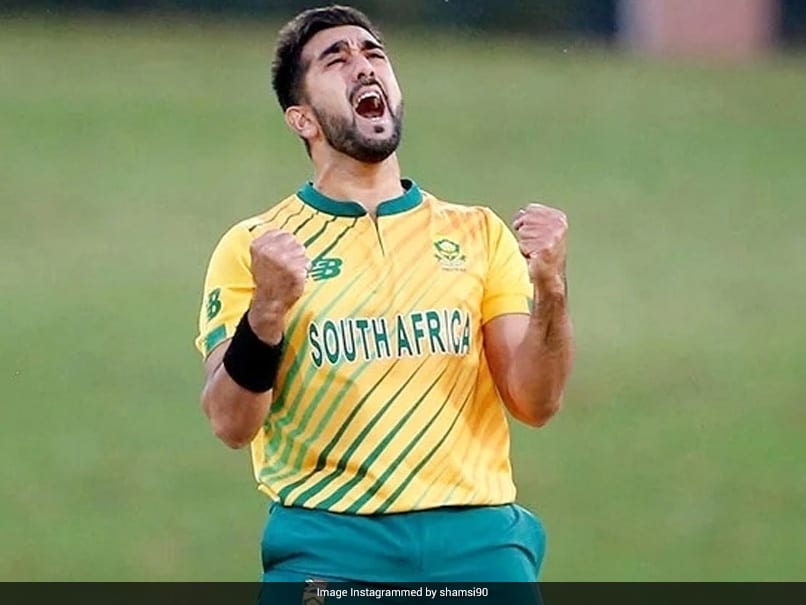 "I don't think everyone truly understands the impact these things have on us, our families and our lives outside of cricket. Sometimes it just feels like we are caged circus animals who only get taken outside when it's time to practice and play matches to entertain the crowds," tweeted Shamsi.

Tom Harrison, the chief executive of the England and Wales Cricket Board (ECB) on Thursday had said that the board decided to give relaxations in the bio-bubble looking at players' welfare and their mental health.

"We want people feeling good about going out and playing in whatever tournament they're playing in, whether that's the Hundred, whether that's a Test series against India, whether that is county cricket and the RL50. We want people to be feeling like their life is delivering for them, both at home and as professional cricketers, men and women. We don't want to be closeting players in such a place where they feel like the only role they play in their life is to go out and bat and bowl for whatever team they're playing," ESPNcricinfo quoted Harrison as saying.

"I think that's a bad place for us to be. We have to be understanding about what it is to be a responsible employer, to be able to get the best back from players. That's by treating them like adults, and talking and communicating openly about how we best mitigate the impacts of this ongoing pandemic," he added.

Tabraiz Shamsi Cricket
Get the latest updates on IPL 2021, check out the IPL 2021 Schedule and Indian Premier League Live Score . Like us on Facebook or follow us on Twitter for more sports updates. You can also download the NDTV Cricket app for Android or iOS.