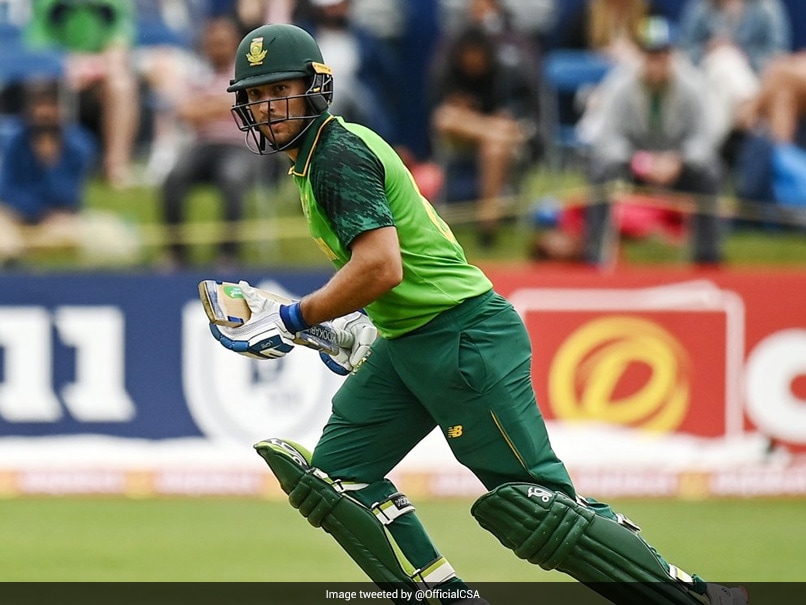 Janneman Malan scored a mammoth 177 not out against Ireland in the 3rd ODI.© Twitter

South Africa overpowered Ireland by 70 runs in the third one-day international at Malahide on Friday to end the series all level at 1-1. Ireland were eyeing their first ODI campaign success against a top eight nation after a 43-run win on Tuesday put them 1-0 up following a washed out opener. But Janneman Malan's career-best 177 not out was the centrepiece of the Proteas' imposing 346-4 on Friday. Together with Quinton de Kock, who made 120, he shared a first-wicket partnership of 225.

Ireland needed to surpass their previous highest successful chase, of 329 against England last year, for victory.

It was a task that proved beyond them, despite Simi Singh's innings of exactly 100 not out in a total of 276.

Quinton de Kock Simi Singh Cricket
Get the latest updates on IPL Auction 2023 and check out  IPL 2023 and Live Cricket Score. Like us on Facebook or follow us on Twitter for more sports updates. You can also download the NDTV Cricket app for Android or iOS.