South Africa clinched the three-match Twenty20 international series with a 16-run win over Sri Lanka in the second game at SuperSport Park. 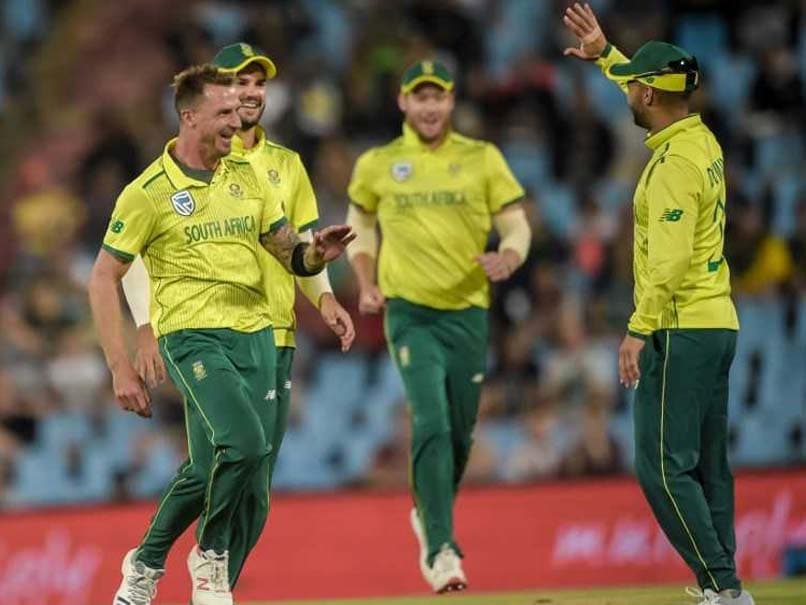 South Africa beat Sri Lanka by 16 runs in the 2nd T20I to take an unbeatable lead in 3-match series.© AFP

Isuru Udana's astonishing 84 for Sri Lanka wasn't enough to stop South Africa from clinching their Twenty20 international series with a 16-run win in the second match at SuperSport Park on Friday. Udana thrashed his not out score off 48 balls to take Sri Lanka from a seemingly hopeless position to one where they had an outside chance of winning. It initially looked easy for South Africa, who scored 180 for three after being sent in, with Reeza Hendricks hitting a fluent 65 and Rassie van der Dussen a powerfully-struck 64.

Sri Lanka lost their first four wickets in the first four overs and were floundering at 62 for six when Udana walked in to bat in the 10th over.

But, as he did in the fourth one-day international, Udana overshadowed the recognised batsmen with a superb display of clean hitting, although he had a let-off when he was caught on the long-on boundary off JP Duminy when on 31, only for Duminy to be no-balled for over-stepping. Udana hit eight fours and six sixes.

"He's the kind of player we need. He showed his character," said Sri Lankan captain Lasith Malinga, who was disappointed with yet another top-order batting failure.

"It's really frustrating. We always talk about getting a partnership."

Duminy praised a "really good team performance" and the way Dale Steyn and Chris Morris had struck twice each with the new ball.

"There are a few things we can improve in the middle and end overs. Udana played a fantastic innings but we gave him a few lifelines," he said.

Hendricks started the season as one of the favourites to make South Africa's squad for the 2019 World Cup later this year but a run of poor form, together with the resurgence of Aiden Markram, put his chances in doubt.

Markram opened the batting with Hendricks on Friday but was out for three in the second over.

While man of the match Van der Dussen's innings was marked by power hitting, which brought him four fours and three sixes, Hendricks oozed class as he struck nine fours in a 46-ball innings marked by fluent off-side drives.

Dale Steyn South Africa vs Sri Lanka, 2nd T20I Cricket
Get the latest updates on IPL Auction 2023 and check out  IPL 2023 and Live Cricket Score. Like us on Facebook or follow us on Twitter for more sports updates. You can also download the NDTV Cricket app for Android or iOS.