Cricket South Africa (CSA) announced on Tuesday it will send a security assessment delegation to Pakistan this weekend with a view to the playing in the country in early 2021. 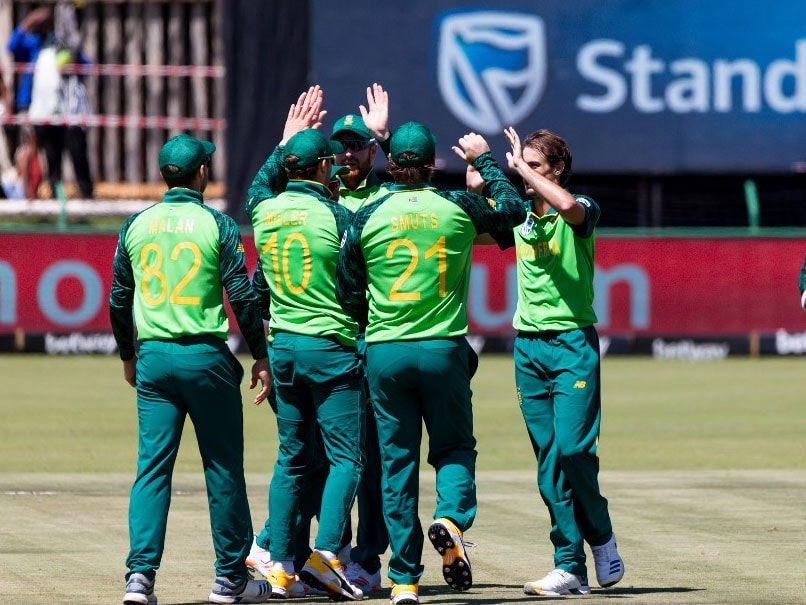 If the tour goes ahead it will be South Africa's first visit to Pakistan since 2007/08.© AFP

Cricket South Africa (CSA)announced on Tuesday it will send a security assessment delegation to Pakistan this weekend with a view to the playing in the country in early 2021. If the tour goes ahead it will be South Africa's first visit to Pakistan since 2007/08.  Two subsequent "away" tours were staged in the United Arab Emirates because of security concerns following a 2009 attack on the Sri Lankan team in Lahore.

No details of the planned fixtures were revealed but according to the International Cricket Council's future tours programme South Africa are due to play in two World Test Championship matches as well as three Twenty20 internationals in January and February.

After the CSA's entire board resigned on Monday, acting chief executive Kugandrie Govender said the matches against Sri Lanka, like those for the upcoming white-ball series against England, would be played without spectators because of Covid-19 restrictions.

On their previous visit to South Africa in 2018/19, Sri Lanka gained an upset 2-0 series win - the first by an Asian team in a Test series in South Africa.

CSA also announced Australia would visit South Africa for three world Test championship matches in March and April 2021, to be followed by Pakistan, who will play three one-day internationals and three T20 internationals. Dates for these tours will be announced later.

It was previously announced South Africa will host England in three T20 and three one-day internationals in Cape Town and Paarl between November 27 and December 9.

The South African men's team has not been in action since a one-day tour of India was called off because of the Covid pandemic in March.