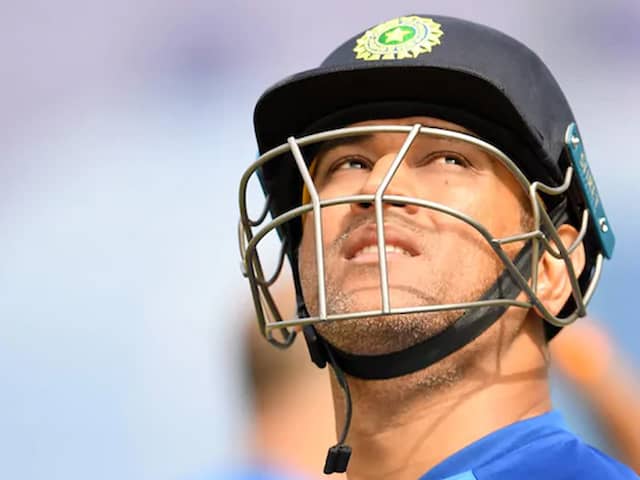 MS Dhoni's future has been a matter of speculation for quite some time.© AFP

Sourav Ganguly, the Board of Control for Cricket in India's (BCCI) president-elect, said that he will speak to the selectors about MS Dhoni's future before giving his opinion on the matter. India's T20I squad for the home series against Bangladesh will be picked in Mumbai on October 24 and that is when Ganguly is planning to have a discussion with the selectors. "I will find out from the selectors when I meet them on 24th. I will find out what the selectors are thinking. Then I will put my opinion," Ganguly said on Wednesday.

India are scheduled to play a 3-match T20I series against Bangladesh which will be followed by a two-Test rubber.

Moreover, Dhoni last played a T20I for India in February 2019, against Australia in Bengaluru.

Ganguly was asked if a cricketer can take such a long break and he replied that he was nowhere in the picture so he will have to speak to all the concerned parties before commenting about anything.

"I was nowhere in picture (when it transpired). So my first selection committee meeting will be on 24th."

Ganguly further added that he will try to find out what Dhoni wants before commenting on whether the 38-year-old should call it a day or not.

MS Dhoni's impending retirement has been the most talked about topic in Indian cricket in recent times and he has been facing a lot of criticism for his poor run of form and ponderous style of batting.