Sourav Ganguly is set to be re-elected as Cricket Association of Bengal (CAB) president as there was no opposition against his five-member panel. 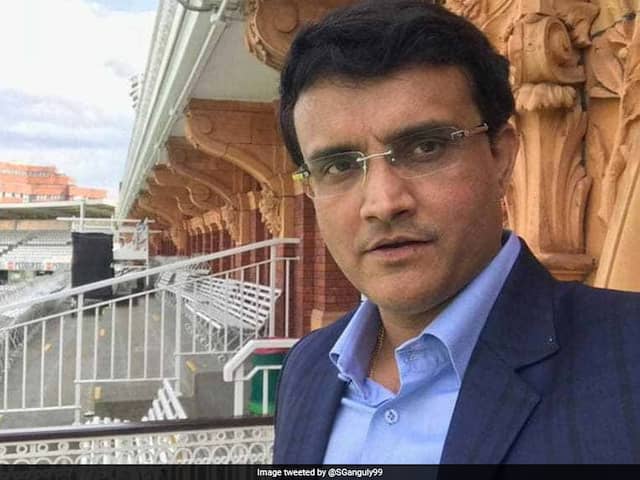 Sourav Ganguly is set to be re-elected as Cricket Association of Bengal president.© Twitter

Former India captain Sourav Ganguly is set to be re-elected as Cricket Association of Bengal (CAB) president as there was no opposition against his five-member panel with the deadline for filing nomination ending on Saturday. The CAB will hold its 85th Annual General Meeting on September 28, as per Committee of Administrators' (CoA) diktat. It will be Ganguly's second term after he became the president in 2015, following the death of Jagmohan Dalmiya.

Ganguly, who was a joint secretary from 2014, will have his six years as office-bearer completed in July 2020, which is 10 months from now before the mandatory cooling-off starts.

As of now, he holds no other position on record as his term as mentor of Delhi Capitals had officially ended after IPL 2019.

It can however be renewed prior to 2020 IPL and in that case, it will be interesting if Ganguly continues as CAB president from April onwards.

CAB earlier had five vice-presidents but veteran administrator Naresh Ojha will be the only vice-president now. Debashis Ganguly is the treasurer.

In case, Ganguly quits his president's post earlier than July, Abhishek, who has made his mark as a young administrator, is likely to take over as the president.

The Supreme Court on Friday had cleared decks for the state associations to hold elections, restricting the disqualification from contesting to only office-bearers only.

A few days back, Committee of Administrators (CoA) in their electoral directive had mentioned that even the tenure of service in the Working Committee will be calculated to determine the ''cooling off'' period, which had put a question mark on Ganguly's eligibility as he had been a working committee member for three years before taking over as joint secretary in 2014 before becoming the president.

The CAB had last held its AGM in 2015 under Jagmohan Dalmiya era when the former BCCI president was elected unopposed for an eighth consecutive term.

In 2016, the CAB had to cancel their AGM in 2016 under "supervening circumstances" arising out of the Supreme Court order on Lodha Committee's report.