In the wake of the Pulwama terror attack, Sachin Tendulkar on Friday said he would "hate to give away two points to Pakistan" in the World Cup. 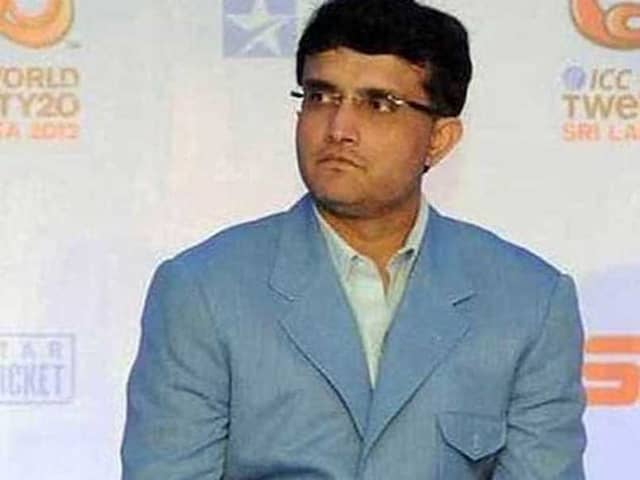 Sourav Ganguly had called for severing all sporting ties with Pakistan.© AFP

Sourav Ganguly reacted on Sachin Tendulkar's comments on the World Cup match between India and Pakistan, saying he would rather want the title than worrying about losing two points. In the wake of the Pulwama terror attack, Tendulkar on Friday said he would "hate to give away two points to Pakistan" in the ICC World Cup 2019, starting in May in the UK. Responding to the statement made by the batting great, former India captain Sourav Ganguly said, "He wants two points against Pakistan, I want the World Cup. Whichever way you look at it".

Tendulkar had endorsed Sunil Gavaskar's view that India would be better off beating Pakistan in the World Cup than forfeiting the June 16 tie in the wake of the Pulwama terror attack that killed 40 CRPF personnel.

Ganguly had called for severing all sporting ties with Pakistan like his former teammate Harbhajan Singh.

"This is a 10-team World Cup and each team plays matches against every other team. If India doesn't play a match in the World Cup, it won't be an issue," he was quoted as saying by a news channel.

Former Pakistan captain Javed Miandad had taken a dig at Ganguly for his comments, saying the latter wants to run for elections and aspires to be the chief minister, thus this is a publicity stunt to gain attention.

Asked about the comment, Ganguly said: "I have no reaction to Miandad. I enjoyed watching him bat. I thought he was a fantastic player for Pakistan."

India skipper Virat Kohli had said earlier in the day at Visakhapatnam, where India take on Australia in the first T20, the team would abide by the government and the BCCI decision.

"I think that's the only way forward. He doesn't control all these things and for him what he can control is the way they have played and the way they will play," Ganguly said.

"They are a phenomenal side and they have played absolutely superb cricket for the last six months. That's all he can do. I don't think he should worry about what's going to happen.

"It's always been the case when India plays Pakistan. The government always takes the decision. There is no change to it. I am sure the cricketers will stick to that," he said.

On the World Cup that begins in June in the United Kingdom, Ganguly rated India as favourites but added teams like Sri Lanka and the West Indies are doing really well of late and they can spring a surprise.