Shivnarine Chanderpaul, who played 164 Tests for West Indies in his 22-year career, finally announced his retirement from international cricket. 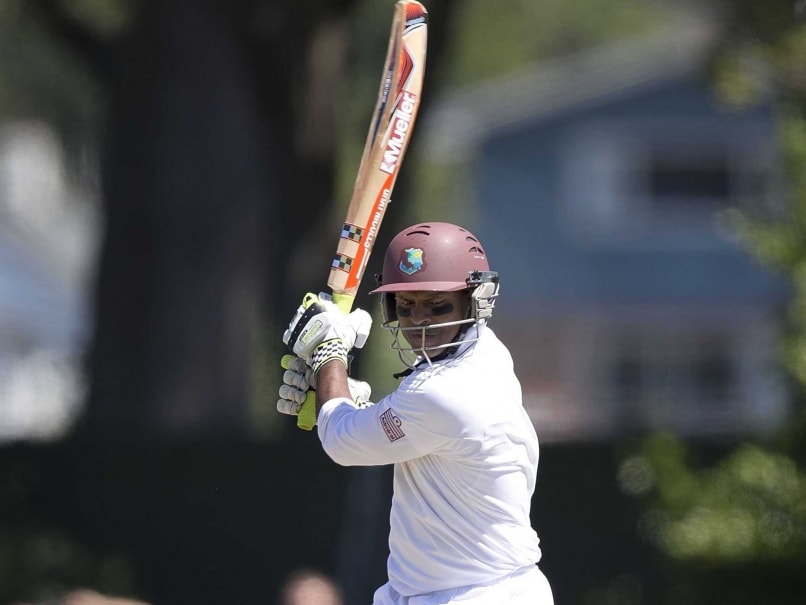 The 41-year-old former captain from Guyana ends his Test career on 11,867 runs, just 86 short of the West Indies all-time record held by Brian Lara.('Chanderpaul Still Has a Role to Play in West Indies Cricket')

Chanderpaul, a gritty and stubborn left-hander, made his debut against England in March 1994, in Guyana, hitting a half-century as the West Indies won by an innings and 44 runs.

His final Test was also against England last May in Barbados where the West Indies won by five wickets to level a three-Test series against Alastair Cook's side.

Chanderpaul's highest score in his 164 Tests was 203 not out -- he achieved that figure twice, against Bangladesh in Mirpur in 2012 and South Africa in Georgetown in 2005 and he finished with an average of 51.37.

He hit a total of 30 Test centuries and 66 fifties.

Possibly, his finest moment came in 2003 when he made 104 as the West Indies successfully chased a world-record 418 for victory in the final Test against Australia in Antigua.

But the writing was on the wall for Chanderpaul when he was dropped for the two-Test series against Australia in June last year after making just 92 runs in the three Tests against England.

Chanderpaul posted a top score of 150 in his 268 ODIs, finishing with an average of 41.60 with his last 50-over match coming in the 2011 World Cup quarter-final loss to Pakistan in Dhaka.

He made 8,778 one-day international runs with 11 centuries.

Chanderpaul also played 22 times for the West Indies in the Twenty20 format, but his last outing was in 2010.

"The West Indies Cricket Board (WICB) acknowledges the invaluable contribution Shiv has made to the game globally and we wish him all the best," said WICB President Dave Cameron.

Despite his international retirement, Chanderpaul has still been featuring for his regional team.

Last week, he was part of the Guyana side that lost in the semi-finals of the domestic 50-over tournament to Trinidad.

Such was his determined nature at the crease that Australian spin bowling legend Shane Warne once famously described him as "a bloke you needed to crowbar away from the crease."

In 2008, Chanderpaul was named as one of the five Cricketers of the Year by Wisden.

Comments
Topics mentioned in this article
West Indies Cricket Team Shivnarine Chanderpaul Cricket
Get the latest updates on Fifa Worldcup 2022 and check out  Fifa World Cup Schedule, Stats and Live Cricket Score. Like us on Facebook or follow us on Twitter for more sports updates. You can also download the NDTV Cricket app for Android or iOS.