Shikhar Dhawan, during an Instagram live chat with Sri Lanka's Angelo Mathews, said that if IPL happens, it will be really good as it brings a lot of positivity. 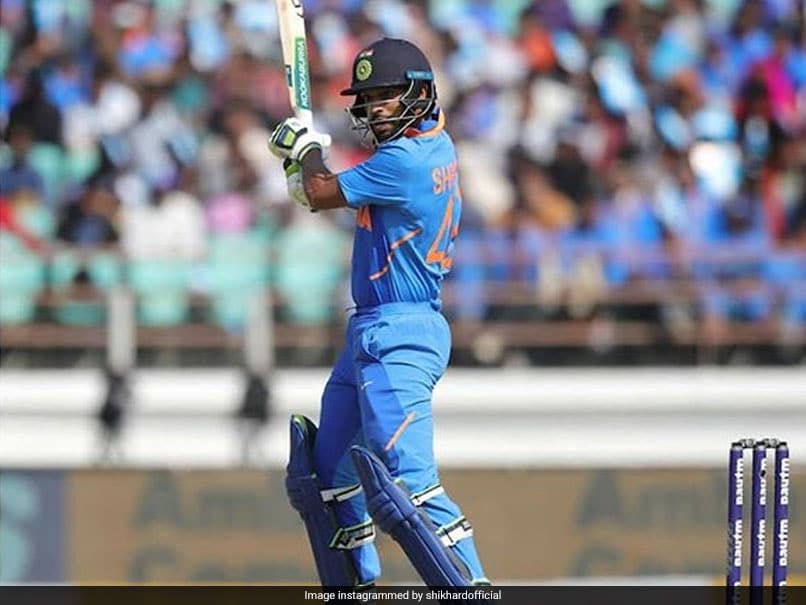 Shikhar Dhawan said players will be very hungry to play and perform for their teams.© Instagram

Opening batsman Shikhar Dhawanhas said that all players will miss playing in front of a huge crowd if the tournaments going ahead take place behind closed doors for some time. Dhawan was doing an Instagram live chat with former Sri Lanka skipper Angelo Mathewsand it was then that the Indian batsman was asked to give his take on playing behind closed doors.

"Obviously, we are going to miss playing in front of a huge crowd if tournaments take place behind closed doors, the fans bring their own charm and aura, but at the same time it would be an opportunity as we have been sitting at our homes for two months now," Dhawan told Mathews.

"Once we go back, we all will be very hungry to play and perform for our teams, it is going to be good fun, at the end of the day, when we are playing, it is always a good feeling," he added.

The Indian Premier League(IPL) was slated to begin from March 29, however, the tournament has been suspended indefinitely due to the coronavirus pandemic.

Dhawan would be representing Delhi Capitals in the IPL.

When the left-handed batsman was asked of IPL's chances of happening this year, he replied: "Hopefully, the IPL will happen, I always think in a positive manner, it will be really good if the tournament goes ahead, the security of everyone will need to be taken care of, if it happens, it will be really good as it brings a lot of positivity".

"It's very important that some sports return to improve the environment and mood, it will have a huge impact if the IPL returns," he added.

He also led the franchise for a brief period of time, but he was later replaced by Darren Sammy in the 2014 edition of the tournament.

Dhawan last played an ODI match for India in January this year.

After that, he picked up an injury which resulted in his being ruled out of the series against New Zealand.

Delhi Capitals
Get the latest updates on ICC T20 Worldcup 2022, check out the Schedule and Live Score. Like us on Facebook or follow us on Twitter for more sports updates. You can also download the NDTV Cricket app for Android or iOS.