"Apple Doesn't Fall Far From The Tree": Shikhar Dhawan's Son Zoravar Looks Exactly Like His Father In This Photo

Like many other cricketers, Shikhar Dhawan too has taken to TikTok with some offbeat stuff. 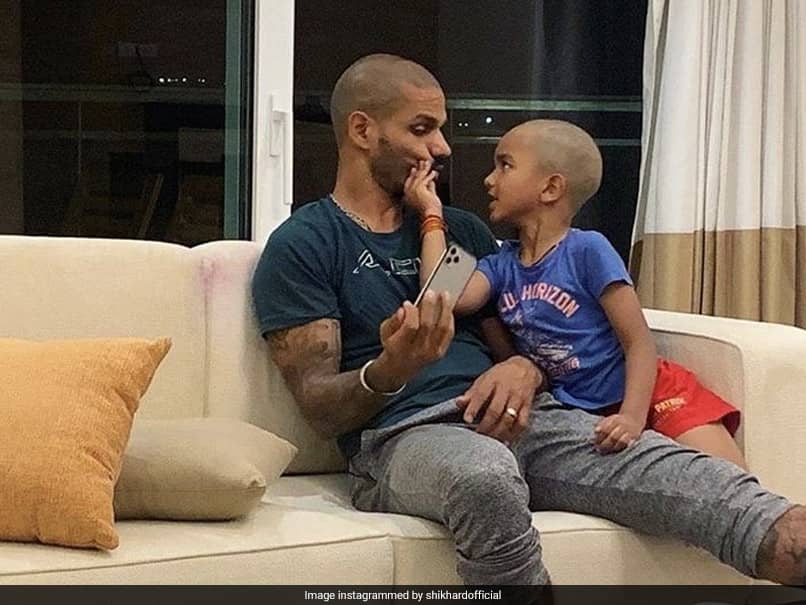 Shikhar Dhawan has been using the forced break from cricket to spend quality time with his family.© Instagram

Indian batsman Shikhar Dhawan has been active on social media platforms during the lockdown. Shikhar Dhawan keeps sharing photos on videos on his social media accounts to keep his fans entertained. Dhawan has shared a number of fun videos with his son Zoravar on his Instagram account as well. In his most recent post, Shikhar Dhawan shared a picture on Instagram in which he combined two photos in one. The image in the top half is of his son Zoravar whereas the other one is from Shikhar Dhawan's childhood. Both can be sitting in a chair and looking exactly the same. Dhawan in the caption of his post wrote, "The apple doesn't fall far from the tree".

The Apple doesn't fall far from the tree ????

Earlier in the week, Shikhar Dhawan had shared a TikTok video with his son Zoravar on Instagram in which the two were seen dancing and enjoying themselves.

Shikhar Dhawan is one of India's best opening batsman at the moment. The left-handed batsman is currently spending time at home with his family as the country fights against the coronavirus pandemic.

Shikhar Dhawan has been vocal in the fight against the pandemic and has taken to social media platforms to request citizens of the country to follow the guidelines issued by the government to safeguard themselves from coronavirus. Shikhar Dhawan made his debut for the international debut for India back in 2010 against Australia in a One-day International at Visakhapatnam.