Angelo Mathews took four wickets for Sri Lanka as they beat West Indies by six runs to win the series 3-0. 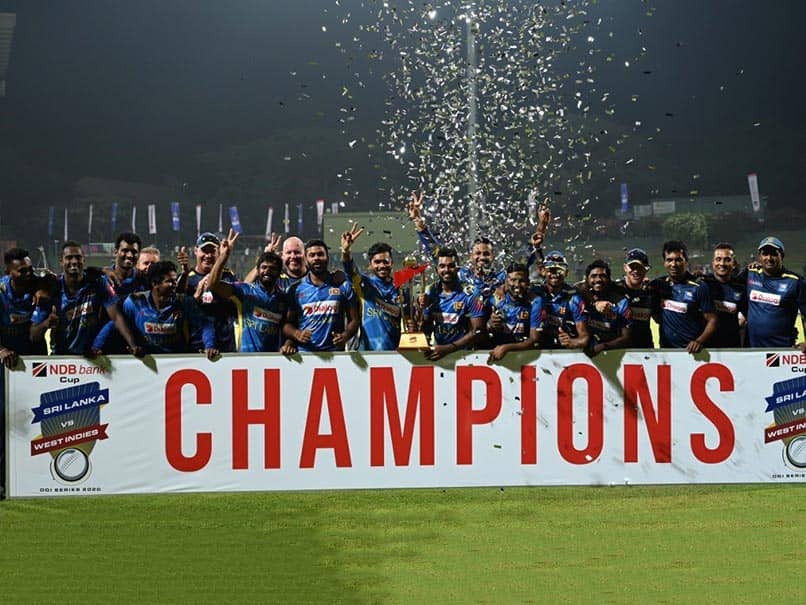 Angelo Mathews led the way with the ball as Sri Lanka beat West Indies by six runs in the third ODI on Sunday in Pallekele. Mathews took four wickets and bowled his full quota of 10 overs for the first time since 2015. It is his second four-wicket haul in ODI cricket and helped Sri Lanka complete a 3-0 whitewash in the series. Sri Lanka set a target of 308 for West Indies to chase. The visitors were off to a strong start with openers Shai Hope and Sunil Ambris putting up a stand of 111 runs.

After Ambris' dismissal on 60, Sri Lanka were pegged back once again by Nicholas Pooran who also scored a 50. Hope was dismissed on 72 in the 31st over after which West Indies captain Kieron Pollard and Pooran put up 47 runs for the third wicket.

The hosts moved in after Pooran became the first man to fall to Mathews in the 40th over. Darren Bravo was run out and Pollard then fell to Mathews with a mistimed swipe that fell straight into the hands of Isuru Udana.

Jason Holder then fell trying to hit Mathews over cow corner for a six and instead depositing it into the hands of the fielder at deep midwicket.

Fabian Allen, battling a shoulder injury, kept West Indies in the game while two West Indies players were run out in the penultimate over.

Mathews however got Allen in the last over and then gave just two runs off the last two balls to seal the win for Sri Lanka.

Earlier the Sri Lankan batsmen combined in almost equal measure to take them to 307. Kusal Mendis and Dhananjaya de Silva scored fifties while captain Dimuth Karunaratne and Kusal Perera both scored 44 each.

Angelo Mathews Cricket
Get the latest updates on India vs Australia Series, check out the India vs Australia Schedule for 2020-21 and Ind vs Aus live score . Like us on Facebook or follow us on Twitter for more sports updates. You can also download the NDTV Cricket app for Android or iOS.